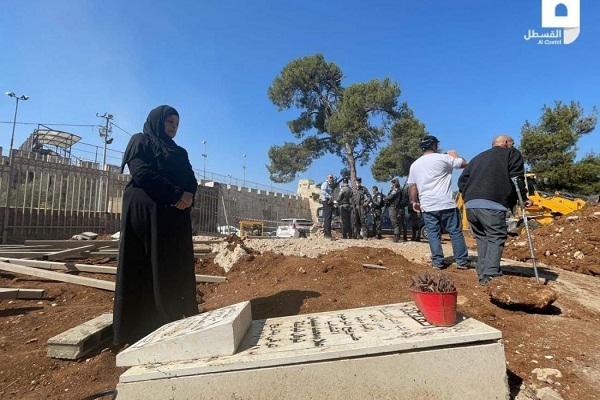 It said attacking Muslim cemeteries near the holy mosque is a move aimed at eliminating Palestinian identity.

According to Palestine Today, the Israeli forces on Wednesday morning resumed the destruction of the historic Muslim cemetery of Al-Yusufiya near Al-Aqsa Mosque.

This comes days after the Israeli municipality demolished part of the cemetery, exposing human remains buried in a section where Arab soldiers killed during the 1967 war were buried.

The municipality seeks to turn the cemetery into a park and paths as part of its plan to build multiple Talmudic parks and trails for Jewish settlers and tourists around the walls of the Old City.

Mufti of Jerusalem al-Quds and Palestine Sheikh Muhammad Hussein has condemned the moves, describing them as attempts to alter the identity of the holy city.

Japan supports Iran with $6.3 million aid through WHO to strengthen national capacity against COVID-19