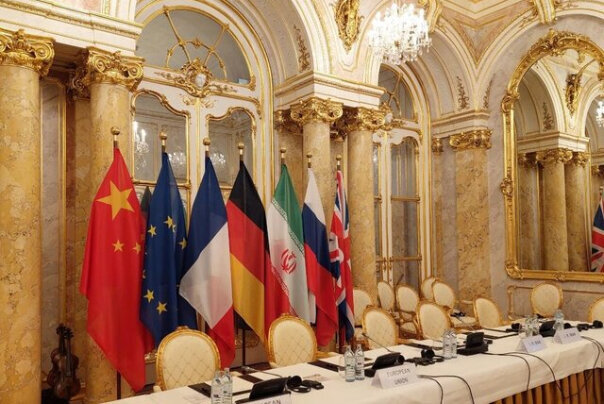 US Secretary of State Antony Blinken said on Tuesday that the window is closing to resuscitate the 2015 deal, officially known as the Joint Comprehensive Plan of Action (JCPOA), underlining the US is exploring other options to deal with Iran.

Speaking at a press briefing, Blinken complained about Iran’s nuclear advances, describing them as making it “increasingly problematic” for the US to return to the JCPOA.

“I’m not going to put a time limit on it or give you the number of meters remaining on the runway, except to say, yes, it is getting very, very, very short. Being able to recover the full benefits of the JCPOA, by returning to compliance with it, is getting increasingly problematic by the advances that Iran makes every single day in its nuclear program,” Blinken claimed.

He went on to threaten Iran with “alternatives” if talks in Vienna failed to result in a deal soon.

“We’re actively looking at alternatives and options and what we will not endure is Iran playing for time at the negotiating table by not engaging in good faith,” the chief US diplomat noted.

Also on Tuesday, US special envoy for Iran Robert Malley set the time frame to save the JCPOA at “weeks,” threatening that, at some point in the not-so-distant future, the US would abandon the hope of returning to the JCPOA and try to negotiate a wholly different deal.

In an interview with CNN’s Becky Anderson, Malley accused Iran of trying to “build more leverage by expanding their nuclear program and hoping to use that leverage to get a better deal. It won’t work.”

He threatened, “At some point, in the not-so-distant future, we will have to conclude that the JCPOA is no more. And would have to negotiate a wholly different deal. And of course, we’d go through a period of escalating crisis.”

Malley pointed that if the Iranians “continue at their current pace, we have some weeks left but not much more than that, at which point, I think, the conclusion will be that there’s no deal to be revived.”

The special envoy for Iran also tried to portray Russia and China as supportive of the Western position in Vienna. This is simply not true. Because Russia and China have strongly supported Iran over the course of the talks, which ran up against difficulties due to European intransigence, especially on the part of France.

The real reason why Blinken and Malley set deadlines for the talks is that they want to put more pressure on Iran to pocket more concessions while giving nothing viable in exchange. Iran has seriously engaged in the Vienna talks with a 40-strong negotiating team that presented two draft proposals carefully crafted in line with the terms of the JCPOA.

Iran also announced that reaching a swift and good deal is possible if the West shows the will. But the Europeans don’t seem willing to achieve such a deal and they prefer negotiating through the media. During the latest round, while Iran and other negotiating partners were busy hammering out a draft text for future negotiations, France pushed for the suspension of the talks suddenly under the pretext of charismas holidays.

At the same time, the Europeans together with the Americans sought to put the blame on Iran for the alleged failure of the talks. This blame game was so pervasive that required Malley to rein the Europeans in. “You’re no more a cowboy than us! Go harsh, but not too far to risk whole Vienna Talks. Iran Talks are not expendable. Stay on course,” he told them, according to Seyed Mostafa Khoshcheshm, an Iranian analyst.

In the meantime, the Israelis sought to exacerbate the situation by doubling down on their anti-Iran bluster, which aims to create confusion and ambiguity. The Israelis first launched a propaganda campaign warning of Iran shortening the breakout time to a few months. They then suddenly extended the alleged breakout to two years. Currently, they are pushing for the notion that Iran’s alleged fear of America should be revived through a US saber-rattling against Iran.

The US, however, is not in a position to resort to the language of threat against Iran given Tehran’s deterrent military capabilities and the US declining military presence in the region best evidenced in the disorderly withdrawal from Afghanistan which invoked another Saigon moment.