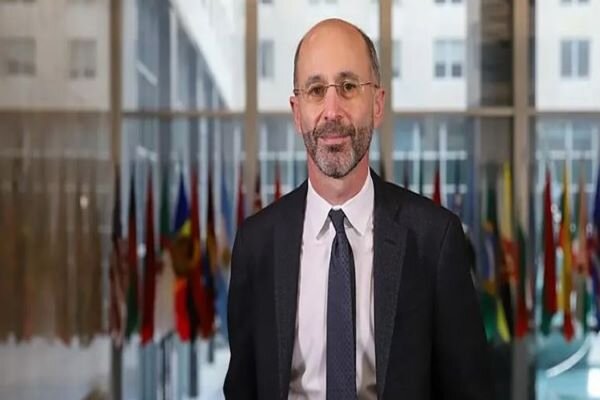 Stating that it is unclear when the Vienna talks might resume, Robert Malley in an interview with CNN said, “We hope relatively soon.”

He further claimed, “At some point in the not-so-distant future, we will have to conclude that the JCPOA is no more, and we’d have to negotiate a wholly new different deal, and of course, we’d go through a period of the escalating crisis.”

Iran and the five remaining parties to the JCPOA — Germany, Britain, France, Russia and China — began the talks in the Austrian capital in April with the aim of removing the sanctions after the US, under President Joe Biden, voiced its willingness to return to the agreement.

As part of the remedial measures taken by Iran amid the indifference of the JCPOA parties to continued US violations of the JCPOA, Iran halted voluntary implementation of the Additional Protocol, which allows unannounced inspections of its nuclear sites by the IAEA inspectors as per a piece of legislation approved in the Iranian parliament last December as well as the JCPOA itself.

During the first round of the Vienna talks under President Raeisi, Iran presented two draft texts which address, separately, the removal of US sanctions and Iran’s return to its nuclear commitments under the JCPOA. Tehran also said it was preparing a third draft text on the verification of the sanctions removal.

Referring to the completion of another round of talks between Iran and the remaining parties in the JCPOA on Friday in Vienna, Malley said, “We are prepared with a system where both sides will know who is going to do what, when, and we’re prepared to negotiate that.”

On Friday, the new round of sanction removal talks between Iran and P4+1 groups in Vienna ended and the negotiating parties returned to their capitals for further consultations.

According to Iran’s chief negotiator Ali Bagheri Kani on Friday, the upcoming round of talks would be resumed within the next few days, and the negotiations will start based on the JCPOA and “no other basis has been announced by anyone and will be accepted by anyone.”

Claiming that Iran is nearing the capability to develop a nuclear weapon in the near future, Malley said, “If they continue at their current pace, we have some weeks left but not much more than that, at which point, I think, the conclusion will be that there’s no deal to be revived.”

These claims come while Tehran has repeatedly announced that it has no intention to build nuclear weapons as it has been banned by a religious Fatwa of the Leader of the Islamic Revolution Ayatollah Khamenei.

He further continued his baseless allegations against Iran, saying, “It seems very clear (Iran) is trying to build leverage by expanding their nuclear program and hoping to use that leverage to get a better deal.”

‘If they try to build more leverage, No. 1 they will not get a better deal because what we say we’re prepared to do is what has negotiated five years ago, (and) secondly their strategy is going to backfire if that is their approach,” he added.

Iran’s chief negotiator Ali Bagheri Kani on Friday said that the pace of reaching an agreement depends on the will of the opposite side, adding, “If the other side accepts the rational views and positions of the Islamic Republic of Iran, the new round of talks can be the last one and we can achieve a deal in the shortest possible time.”

Earlier on Monday, the Iranian Foreign Ministry spokesman stressed that the Iranian negotiation team in Vienna has not had any direct talks with the United States during the recent negotiations in Vienna.

According to Khatibzadeh, Iran has conveyed its messages to the American side via Enrique Mora who chairs the JCPOA Joint Commission meeting in Vienna.

“Despite its claims, the United States has not yet made any tangible proposals or text to the P4 + 1”, the Iranian senior diplomat said, adding that this is questioning the intention of the United States.