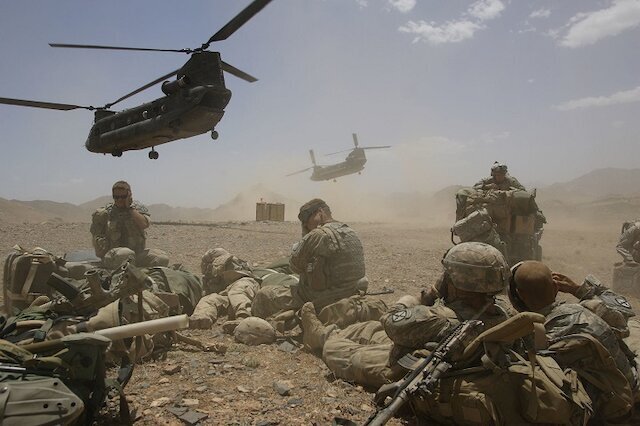 Local Iraqi sources said that the US troops are increasing their movements in the western region of Iraq on the border with Syria.

A source said that the US helicopters have increased their activities in Al Anbar province in the west of the country in the Qa’im region in the west of Al Anbar towards Syria.

This source, who wanted to remain anonymous announced that US helicopters are increasing their flights over the areas next to the border with Syria. Meanwhile, the source said that there have been no security issues in those areas recently.

The above-mentioned source added that the Iraqi security forces are not aware of the recently increased movements of the American troops.

US logistics convoy comes under attack in Al Diwaniyah

US logistics convoy comes under attack in Al Diwaniyah

'Landless' goes to Cinequest International FilmFest. in US

Baghdad announces end to US coalition combat mission in Iraq