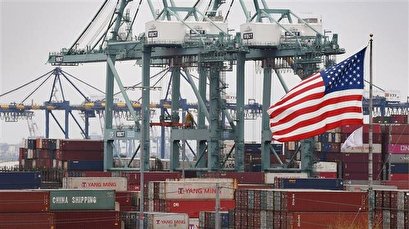 TEHRAN, Jul 28- US economic growth is likely to slow substantially next year due to its trade tensions, falling business-sector investment, as well as declining spending by the government, a British economist in London says.

TEHRAN, Young Journalists Club (YJC) – The US government said Friday that the economy grew more slowly in 2018 than it previously estimated, downgrading its estimate from 3% to 2.5%.
The US Commerce Department lowered its estimate of growth from the fourth quarter of 2017 to the fourth quarter of 2018 mainly because businesses spent less on buildings, equipment and software than it had earlier thought.
The department made the change based on more comprehensive data as part of its annual revisions to gross domestic product, or GDP, the broadest measure of the nation’s output of goods and services. The revisions cover the five years from 2014 through 2018.
US President Donald Trump had frequently boasted of the 3% growth figure as evidence that his policies invigorated the economy.
Investments in the business sector and residential housing has been declining since 2018, which is a negative sign, said Keith Pilbeam, a professor of international economics and finance at City, University of London.
Another warning signal is that “exports have also fallen sharply; this is something that could be quite important,” as other nations retaliate US tariffs, Pilbeam said Friday in a phone interview with Press TV.
Trump had been quick to celebrate the government’s first report on 2018 growth, released in February, which showed that the economy expanded 3.1%. The figure was subsequently revised lower to 3.
“We’ve accomplished an economic turnaround of historic proportions,” the president said in a White House press release.
In March, Trump bragged on Twitter that last year’s figure was the “BEST NUMBER IN 14 YEARS!”
Even that was somewhat misleading. It was the best in 14 years only when using a measure of four quarters of growth over a calendar year. But four years ago, under President Barack Obama, the economy expanded 3.4% over the four quarters ending in the second quarter of 2015.
Source: Press TV