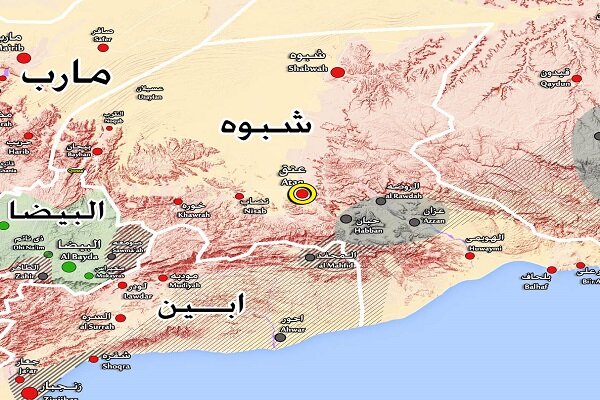 According to the latest reports by Yemeni news sources, a massive explosion hit Ataq in Shabwah province on Monday night.

Some sources said the blast was caused by a ballistic missile that targeted the UAE-affiliated camp in the Noukhan district on the eastern outskirts of Ataq.

The sources added that the missile attack caused a lot of casualties and material damage to the UAE-affiliated forces. Emirate-affiliated forces have been repeatedly targeted by missiles since entering Shabwa province.

Al Mayadeen announced earlier that Majdi al-Radfani, the commander of the third Brigade was killed in a missile attack in Bayhan District of the Shabwah province. Meanwhile, Sanaa-affiliated forces fired a rocket into the Bayhan district, killing and wounding more than 80 UAE-affiliated forces.

Blockade, military attacks not a solution to Yemen crisis

Blockade, military attacks not a solution to Yemen crisis