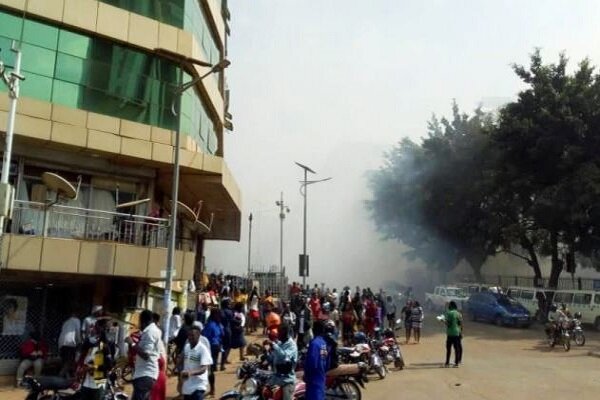 Both blasts took place in the central business district, one near the Central Police Station and a second one near the entrance to Parliament, Al-Jazeera reported.

Emmanuel Ainebyoona, a spokesman for the Ministry of Health, said in a Twitter post that at least 24 people have been hospitalised with injuries sustained in the blasts. Four of them are critically injured, he said.

There was no immediate word on casualties.

“What we can say (is) this was an attack but who is responsible is a matter that is under investigation,” Uganda’s Assistant Inspector General of police Edward Ochom told the AFP news agency.

Some lawmakers were seen evacuating the precincts of the parliamentary building nearby, according to national broadcaster UBC.

The station said on Twitter that Salim Uhuru, Mayor of Kampala Central, had confirmed an acquaintance had been killed in one of the explosions.

Uganda Red Cross spokeswoman Irene Nakasiita told AFP it has dispatched a team to the area.

Security officers deployed sniffer dogs to search for evidence around the sites of the explosions.

No group has claimed responsibility for the blasts.

Last month, two people, including a waitress, were killed in a blast claimed by the ISIL group.

Also last month, Ugandan police said a suicide bomber had exploded on a bus, killing himself and injuring others.