TEHRAN (IQNA) – Thermal cameras that had been installed since some two years ago at the gates of the Grand Mosque in Mecca have been removed as restrictions against COVID-19 ease. 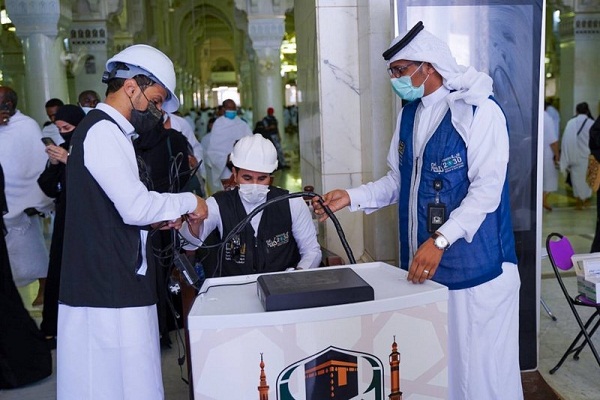 The General Presidency for the Two Holy Mosques on Friday removed all equipment previously used in checking worshippers’ temperatures before entering the Grand Mosque, according to an official.

“After 20 months of installing the thermal cameras at the entrance of the Holy Mosque, the presidency removed them timed with relaxing precautions and obligating worshippers to obtain permits via apps to perform Umrah (lesser pilgrimage) and prayers,” deputy president of field services Mohammad Al Jabri said.

Worshippers on Friday performed the first weekly noon prayers shoulder to shoulder at the Grand Mosque after a distancing rule was scrapped earlier in the week.

As of last Sunday, Saudi Arabia started relaxing curbs against COVID-19 as the epidemiological situation in the country has stabilised amid a sharp decline in infections.

The relaxed measures include removing mandatory wearing of face masks in outdoor places and ending distancing for worshippers at the two holy mosques in Mecca and Medina where full operation has been reinstated.

However, worshippers are required to continue wear face masks at both mosques.