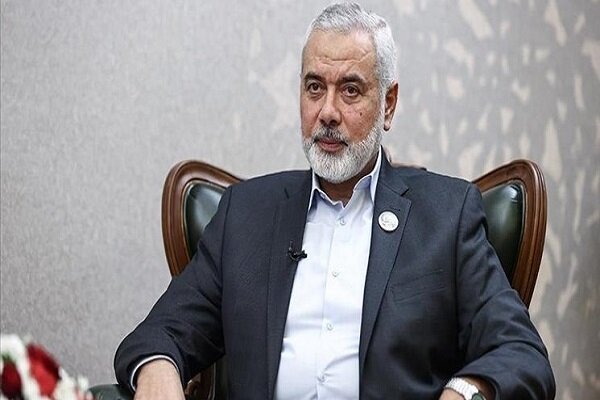 Ismail Haniyeh said that Zionist regime is in the most fragile state and that the theory of creating a new regional order with the presence of the Zionist regime has completely failed.

Speaking in a virtual meeting that Algerian National Movement had held it on the occasion of 67th anniversary of revolution of this country against French colonialism on Nov. 1, 1954, Haniyeh said that normalization of relations will not help Palestinian issue, Al-Quds and Resistance in Palestine, so that all agreements signed with Zionist regime cannot legitimize this regime.

He called on Arab and African countries to cancel the agreement to normalize relations with the Zionist regime.

While referring to the important role of Resistance in “equation and confrontation”, Haniyeh said that trying to circumvent the inalienable rights of Palestinians with the aim of creating regional peace and that normalization of relations is an ‘illusion’.

Haniyeh reiterated that despite its military and security superiority, the Zionist regime is fragile and the occupier is in its weakest state.

The region is currently undergoing three variables, “Operations Al-Quds Sword” in May 2021, US withdrawal from Afghanistan and defeat of the theory of setting up a new regional system and a coalition that Israeli is a part of it, Hamas Political Leader Haniyeh stressed.

Algerian pres. warns against any threating move by Morocco

Algerian pres. warns against any threating move by Morocco

UAE-Israel tie under spotlight amid Emirati outreach to Iran