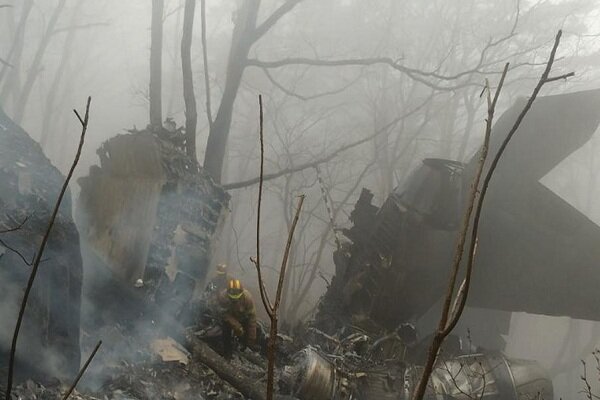 The jet crashed into a mountain in Hwaseong, about 50km south of the capital Seoul, according to military authorities.

The single-pilot on board failed to eject and was killed in the crash, the defense ministry said in a statement.

The air force said it was investigating the cause of the accident.

The F-5E is an older generation fighter jet with a design that dates back to the 1960s, CNA reported.

Last week, South Korea grounded its entire fleet of advanced F-35 fighter jets, after one of them was forced to make a dramatic emergency landing after a major systems malfunction.

After the landing gear on the jet stopped working, the pilot chose not to eject and instead landed the jet on its belly, walking away without any injuries.

No further details have been released on the cause of the crash.

Raeisi orders to expedite making up for Ukraine plane crash

Jet bursts into flames after crashing in California (+VIDEO)

Raeisi orders to expedite making up for Ukraine plane crash

Jet bursts into flames after crashing in California (+VIDEO)

Nicaragua's Ortega sworn in for fourth term as US, EU impose sanctions

There is no lawsuite against Iran on Ukrainian plane crash: Judiciary Spox.

Two children among 4 dead in light plane crash in Australia

'Aba' to go on screen at Aporia Intl. Village FilmFest.