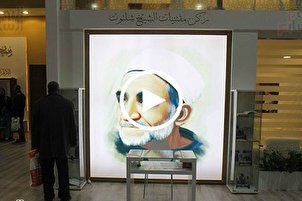 TEHRAN (IQNA) – Sheikh Mahmoud Shaltut had the ideal of proximity of Islamic madhhabs and accordingly, he issued a historic fatwa regarding the Shia madhhab.

Sheikh Mahmoud Shaltut was born on April 23, 1893 in Egypt’s Beheira Governorate. He lost his father, Sheikh Muhammad Shaltut, at early age and grew under the supervision of his uncle Sheikh Abd al-Ghavi Shaltut. With encouragement of his uncle, Mahmoud managed to memorize the entire Quran at early age.

He went to Alexandria’s University while he was 17. Thanks to his perseverance and efforts, he obtained the highest degree of the university at 25. After graduation, he started lecturing at Alexandria’s University in 1924 and with the start of the revolution of Egyptian people, led by Saad Zaghloul, against English colonialism, he joined the revolutionaries and had a close and effective cooperation with them.

He has written several works with regards to interpretation of Quran, jurisprudence, and other sciences and among the most important works, one can point to Tafsir al-Kuran al-Karim that discusses traditional issues related to interpretation and modern demands and Muqaranat al-madhahib fi l-fiqh which explains about the adaptation of jurisprudential views of different madhhabs.

Sheikh Shaltut’s ideal, both before and after his presidency over al-Azhar University, was proximity of Islamic madhhabs. He did not care about threats and insults and hence, in a revolutionary measure announced in a historic fatwa that the fiqh of Shia Madhhab should be recognized like other Sunni madhhabs. The fatwa says: Jaafari madhhab, also known as Twelver, is a madhhab that can be followed according to Sharia like other Sunni madhhabs. It is necessary for Muslims to be aware of this and avoid biased and unjustified support toward a certain madhhab.

To further strengthen the trend of proximity of Islamic madhhabs, he established the course of Al-fiqh al-muqaran at Al-Azhar University. Muslim jurists should accept, without any bias, any view and thinking that has more effect on cementing Islamic principles and provide better welfare for the family and community, he believed.

He also had a strong presence in the political arena. After Mohammad Reza Pahlavi recognized the Zionist regime, Shaltut sent a telegraph to Ayatollah Borujerdi, protesting to the Shah’s decision.

Also with regards to June 1963 uprising in Iran, Shaltut expressed his protest against the arresting of Imam Khomeini and killing of Iranian people, urging all Muslims to support Iranian scholars.

Sheikh Mahmoud Shaltut, a flag bearer of proximity and Islamic unity, passed away on December 13, 1963, in Cairo.