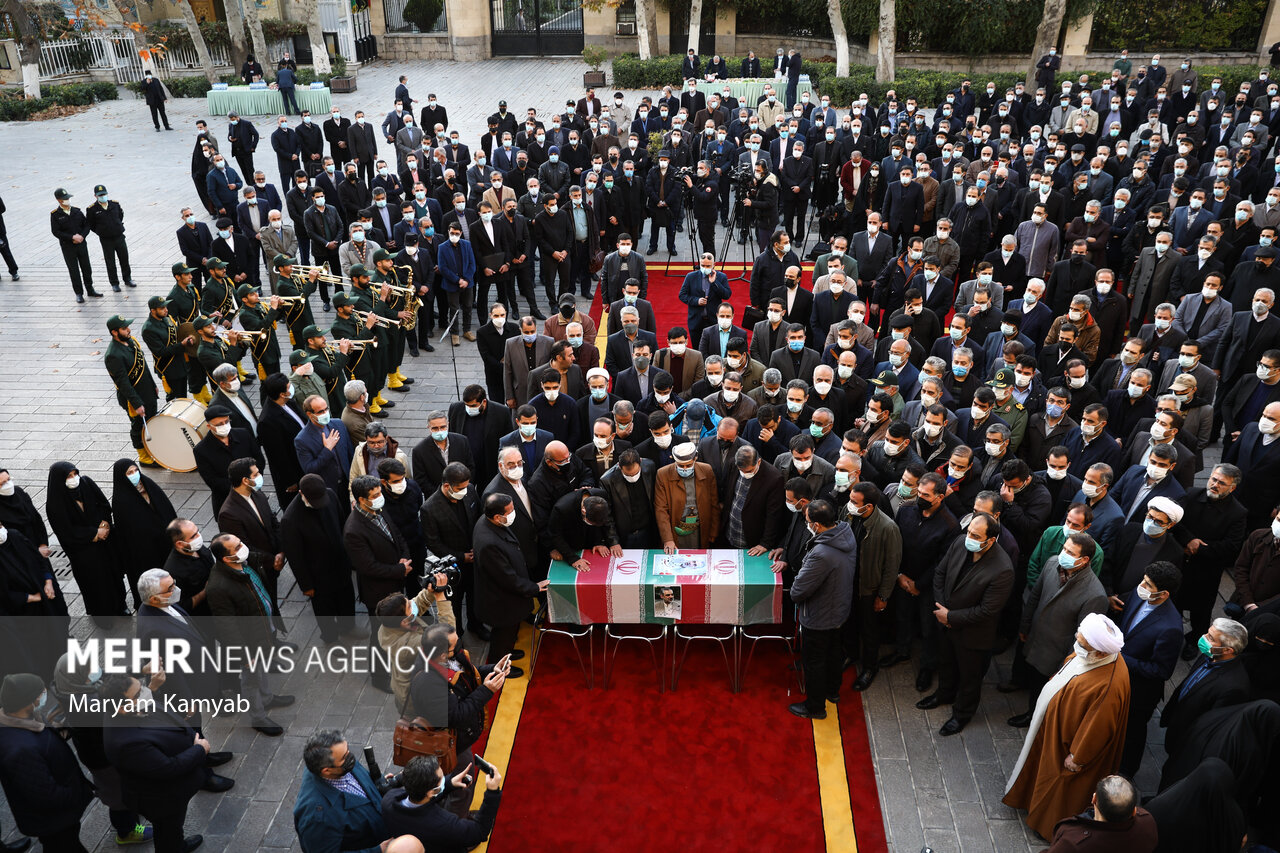 This raised the question: How many people have died like the ambassador because of the Saudi-led coalition that has been controlling Sanaa airport for years?

The Saudi-led coalition has been in charge of the Sanaa airport in Yemen since 2015, blocking flights to and from Yemen. In order to transfer Irlou to Iran, Iran had to submit a request to the Saudi-led coalition to allow the transfer of the diplomat to Iran as his acute condition required intensive medical care.

However, the coalition’s delay in permitting the envoy’s transfer resulted in the worsening of his health status, as reflected in Foreign Minister Hossein Amir Abdollahian’s words in the commemoration ceremony held for the deceased diplomat on Tuesday afternoon.

“Regarding what happened to martyr Irlou, we waited for a few days to get permission through another country to send a plane from Iran or another country to transport him immediately to a well-equipped hospital in Iran, but unfortunately the Saudis decided too late, and some Saudi officials delayed it,” he said.

He added that Iran will submit an official complaint regarding the matter.

“We will formally submit our protest in accordance with international conventions, and at the same time we hope that Yemen will be able to get out of this war and tough siege as soon as possible in the direction of a political solution.”

Referring to Irlou’s services in Yemen, Amir Abdollahian said during his two years’ service in Yemen, the distinguished diplomat sought a political solution to the Yemen crisis as the chief focus of his diplomatic moves, and to help end the war in Yemen and bring stability and security and peace back to the country.

The foreign minister believes that the experience of 6 years of war has shown that the aggressor side cannot achieve any victory through military means.

“They should leave (the issue of) Yemen to the Yemenis themselves to solve the problems through Yemeni-Yemeni talks,” he added.
Yemen must stand against actions that jeopardize its national sovereignty, according to Iran’s top diplomat, and in the end, it is Yemen that can decide for its future.

The six-year siege on Yemen by the Saudi-led coalition has resulted in the death of many people who were not able to get proper medical treatment. This is a clear violation of human rights.

The Saudi-led coalition forced the closure of Sanaa airport in August 2016 to all but a few United Nations aid flights, a move that concerned the UN as well.
Due to the siege, food and medicine are in short supply, with cooking gas prices at an all-time high and fuel unavailable at most gas stations.

Before the siege, Yemen imported about 70 percent of its daily needs.

Speaking to Al Jazeera from Sanaa in November 2017, Rasha Muhrez, director of operations at the charity Save the Children, said aid agencies were struggling to contain the crisis.

“If we don’t have the fuel to deliver our supplies to millions of starving Yemeni families, we will continue to witness more children dying of hunger,” Muhrez said.

“We heard [from the Saudis] that Aden and Mukalla ports are now open – but this is not enough. This does not replace Hodeidah port and Sanaa airport – we need to allow these ports to operate as normal.”

Only God knows how many people have died in silence because of the inhumane siege by the Saudi-led coalition.

Niki Karimi to chair jury of Crime and Punishment FilmFest.