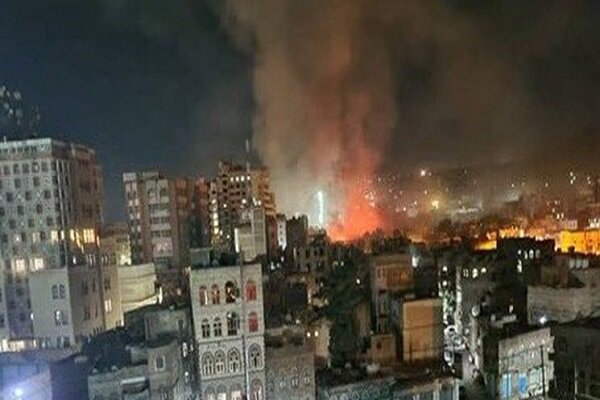 According to the report, Saudi jets also bombed and destroyed Al-Zubairi Street south of the Yemeni capital. Yemeni sources have confirmed that civilians were injured in the attack.

Prior to the attack on Al-Thawra Stadium, Yemeni Ansarullah rejected the Saudi coalition’s claim that there were weapons depots at Al-Thawra Stadium and called on the media to go to the stadium and film it to reveal the aggressors’ lies.

A coalition led by Saudi Arabia has waged a devastating war against impoverished Yemen along with a total blockade since April 2015 to allegedly restore power to ousted Yemeni President Abdrabbuh Mansur Hadi, who has fled from the country to Saudi Arabia.

Yemeni government led by the Ansralullah movement has said that it will retaliate against the recent Saudi aggression with painful strikes.

S.Korea obliged to pay its debts regardless of JCPOA: Khatibzadeh

S.Korea obliged to pay its debts regardless of JCPOA: Khatibzadeh

We will continue talks with Iran: Saudi FM

Suspect linked to killing of ‘Khashoggi’ arrested in France