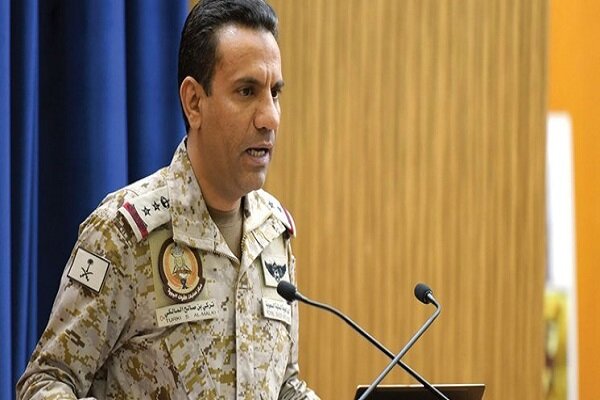 The Saudi-led coalition claimed on Wednesday that it has targeted a boat belonging to Yemen’s Ansarullah in the south of the Red Sea, Turki al-Maliki Spokesman for the Coalition said.

Saudi-led Coalition also intercepted and downed a drone after taking off from Sanaa International Airport, he added.

Concurrent with the consecutive defeats of Saudi Arabia -led Coalition forces in Ma’rib Front and joining of a group of forces linked to Abdrabbuh Mansur Hadi, fugitive Yemeni president, to the forces in Sanaa, the official television of Saudi Arabia claimed that Yemeni boat belonging to Ansarullah has been targeted in the Red Sea.

Al-Maliki also claimed on Twitter that the boat was carrying explosives and had departed from al-Hudaydah province in western Yemen.

Saudi Arabia, at the head of a US-backed Arab coalition, launched a military aggression against Yemen and imposed a land-, air- and sea blockade on March 26, 2015, claiming that it was trying to bring the ousted Yemeni president Mansur Hadi back to power.