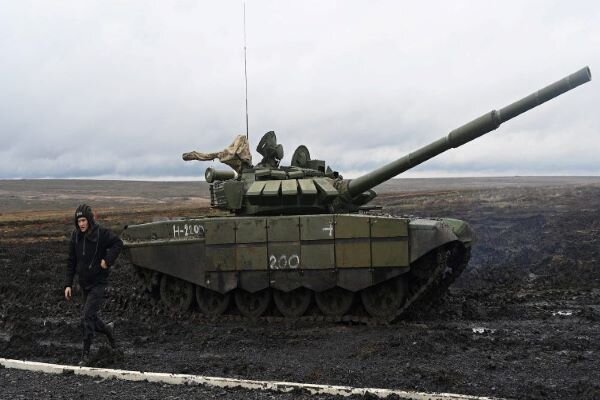 Amid tensions between Moscow and Western countries over issues related to Kiev, the Russian military held military exercises near the Ukrainian border.

A day after the US side urged Russia at talks in Geneva to pull back an estimated 100,000 troops from near the border, the defense ministry said about 3,000 servicemen had started combat training including mock battles in four regions of southwestern Russia, Reuters reported.

Kremlin seems to have no intention of reducing the military measures that have brought the United States to the negotiating table, where Moscow has presented demands for sweeping security guarantees from the West.

Kremlin spokesman Dmitry Peskov said it was positive that Monday’s talks had been held in an open, substantive, and direct manner, but that there was no real cause for optimism.

Russia wants quick results, he said. “There are no clear deadlines here, no one is setting them – there is just the Russian position that we will not be satisfied with the endless dragging out of this process.”

Peskov said the situation would be clearer after two further rounds of talks that Russia is due to hold this week – with NATO in Brussels on Wednesday and at the Organisation for Security and Cooperation in Europe (OSCE) in Vienna on Thursday.

This comes as the US Department of State spokesperson made repeated baseless remarks on Tuesday, claiming, ” If the Russian Government further invades Ukraine, further destabilizes Ukraine, we are ready and aligned with our allies and our partners to impose severe costs.

He also warned the US will respond with massive economic measures, including those that have not been used before.

President Raisi to travel to Moscow on Wednesday

President Raisi to travel to Moscow on Wednesday

Close Guantanamo and end 20 years of ‘lawlessness and cruelty’: US Muslim lawmaker

Envoy reacts to misunderstanding of his words on Vienna talks

US Embassy Takeover symbol of resistance against arrogance

US presence in Tanaf aimed at cutting off Iran-Syria links