TEHRAN (IQNA) – A civil rights group demanded that a suspected arson at a mosque in Albuquerque, US state of New Mexico, be investigated as a hate crime. 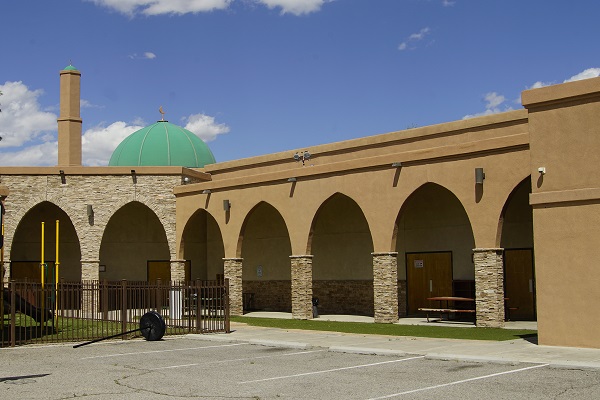 Surveillance footage shows a woman setting multiple fires at the Islamic Center of New Mexico, the largest and oldest Islamic center in the state.

“This was not just a normal crime. This was crime on the religious institute,” Tahir Gauba stated. “She came in with the agenda of burning down this place of worship.”

Surveillance video shows a woman in dark clothing setting multiple fires near the prayer hall and on the turf playground of the center off Yale and Cesar Chavez around 9 a.m. Monday. The smoke and flames built quickly in just a few minutes.

Luckily, a man working nearby saw the dark smoke after the woman left and jumped in to help.

“One of the guys from the mechanic shop- he pulled the trashcan out of the fire so that the fire does not pick up more steam,” Gauba explained.

This weekend, the country’s largest Muslim civil rights group is demanding the FBI and Albuquerque police investigate this case as a hate crime. The Council on American-Islamic Relations, or Cair, said mosque members say the suspected arsonist might have tried lighting a fire at the center a couple weeks ago, but left when she saw kids watching nearby.

“I was very shaken up. I was heartbroken that somebody with very evil intentions would do this to such a peaceful and loving community,” Islamic Center Vice President Dr. Kader Abdelerahman said.

“Now the families, they are actually scared to bring the kids here,” Director of Education Reda Hussain Elkomy stated.

It’s not the first time the center has been a target. News 13 reported back in 2014 when someone threw a Molotov cocktail at a wall, scorching a section of the building.

“We don’t partake in violence and we don’t condone it, and we speak out against it,” the center told News 13 back in 2014.

Officials say while this latest incident has hurt their community, they’ll be boosting security and moving forward.

“We feel this is our house and the Constitution gives us rights to express our religion,” Gauba said.

The center says it’s too soon to know the cost of damages.

Anyone with information about this incident is urged to contact the FBI or APD.