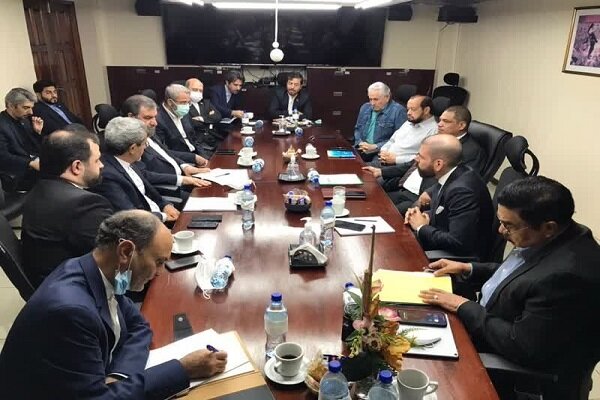 Mohsen Rezaei made the remarks on a visit to Nicaragua and in a meeting with the Ministers of Economy and Finance, Mines, and also Senior Assistant to the President of Nicaragua on Tuesday.

During the meeting, Rezaei underlined the necessity of strengthening cooperation between Iran and Nicaragua, especially in the field of oil and energy, and called on the officials of the two countries to intensify work to increase the level of bilateral trade exchanges in line with the interests of the two nations.

Emphasizing that the development of cooperation between resistant countries is a strong slap in the face of the United States and the bullying powers in the world, the Iranian vice president said, &#8220;The Islamic Republic of Iran has always stood by and will continue to stand by the resistant governments and nations of Latin America, especially Nicaragua.&#8221;

Referring to Iran&#8217;s action in sending gasoline to Venezuela despite US opposition, Rezaei said, &#8220;This action was a message to the nations of the world that the time is over for pressures and bullying against other countries.&#8221;

He also described the US interference in the internal affairs of other countries as an insult to nations and stressed, &#8220;Under these circumstances, freedom-seeking nations and resistant countries must stand with each other and help each other to develop each other&#8217;s welfare and development by expanding comprehensive relations.&#8221;

&#8220;By strengthening and developing relations and cooperation, resistant governments and nations can prove to the world that being revolutionary is compatible with economic progress,&#8221; he added.

Referring to the vast capabilities of Iran and Nicaragua, the Vice President said, &#8220;The Islamic Republic of Iran is ready to develop all-out relations and cooperation between the two countries and exchange experiences in various technical fields, oil and energy, petrochemicals, refinery construction and development ports and joint ventures with Nicaragua.”

The Nicaraguan Minister of Economy and Finance, in turn, pointed to the shared stances of the two governments and nations in the fight against excessive demands of the bullying powers and said, &#8220;We must work to develop cooperation between the two countries in various fields.&#8221;

He also described Nicaragua&#8217;s investment opportunities and capabilities in the oil and energy sector, oil drilling and port development, and called for the use of Iranian experience and the presence of Iranian investors in those fields in his country.

The Minister of Mines of Nicaragua, for his part, pointed to the huge mineral potential in Nicaragua, especially in the field of gold mines and stressed the importance of facilitating joint cooperation between the two countries and the presence of Iranian investors in that sector in his country.

Appreciating the presence of the Iranian Vice President at the inauguration of the President of Nicaragua in the current sensitive situation, the Senior Assistant to the President of Nicaragua for Trade, Investment Promotion and International Cooperation, in turn, said, &#8220;We must take the initiative and intensify our efforts to remove the obstacles and challenges in the way of the development of cooperation and relations between the two countries.&#8221;

US military evacuates al-Tanf base in southern Syria

US Ain al-Assad base, logistics convoy targeted in Iraq

US embassy on alert amid Iraqi Resistance attacks

US military evacuates al-Tanf base in southern Syria

US Ain al-Assad base, logistics convoy targeted in Iraq

US embassy on alert amid Iraqi Resistance attacks

Nicaragua ends relations with Taiwan in victory for China