Iranian President Ebrahim Raeisi made the remarks On Friday morning during his visit to Hormozgan province, where he paid an inspection visit to the exhibition of achievements and capabilities of the Navy of the Islamic Revolutionary Guard Corps (IRGC) in the First Marine District in the Persian Gulf.

Raeisi appreciated the commanders and personnel of the unit, and stated, “This exhibition proved that sanctions and threats do not hinder progress.”

Several projects including the 1st phase of the Iranian super-heavy crude oil refinery was inaugurated in the presence of Raeisi in the Qeshm Island Free Economic Zone. 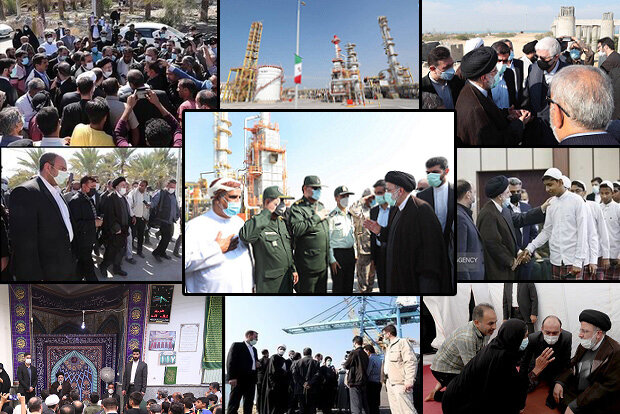 Moreover, speaking during a press conference attended by journalists at the end of his two-day visit, President announced a ban on any trawling in the Persian Gulf.

President Raeisi arrived in Bandar Abbas, the capital of Hormozgan Province in the south as part of his regular visits to provinces across the country to hear the people’s grievances face-to-face and inaugurate some important economic and industrial projects.

Iranian min. vows to facilitate trade with Russia for traders