TEHRAN (IQNA) – The Archbishop of the Palestinian Orthodox Church in occupied Jerusalem al-Quds called for the termination of the war in Yemen. 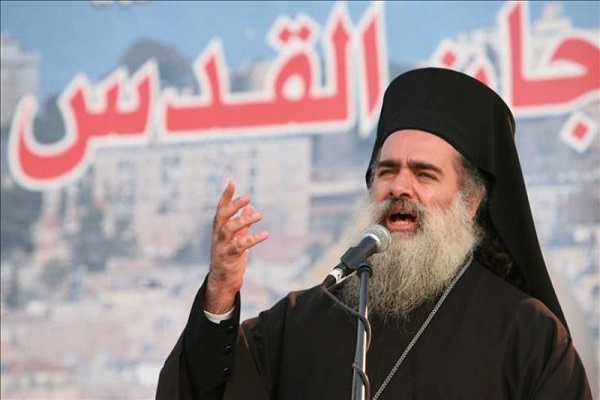 Archbishop Atallah Hanna on Friday said it is time that the aggression on Yemen ended, Al-Ahed News reported.

“We want the Yemen war to stop,” the Christian figure said.

Recently, Lebanon’s foreign minister’s remarks in condemnation of the Saudi-led war on Yemen drew praise in the region and across the world.

Saudi Arabia, backed by the US and regional allies, launched the war on Yemen in March 2015, with the goal of bringing the government of fugitive former president Abd Rabbuh Mansour Hadi back to power and crushing Ansarullah. The war has left hundreds of thousands of Yemenis dead, and displaced millions more. It has also destroyed Yemen’s infrastructure and spread famine and infectious diseases.

Yemeni armed forces and fighters from the Popular Committees have grown steadily in strength against the Saudi-led invaders, and left Riyadh and its allies bogged down in the country.