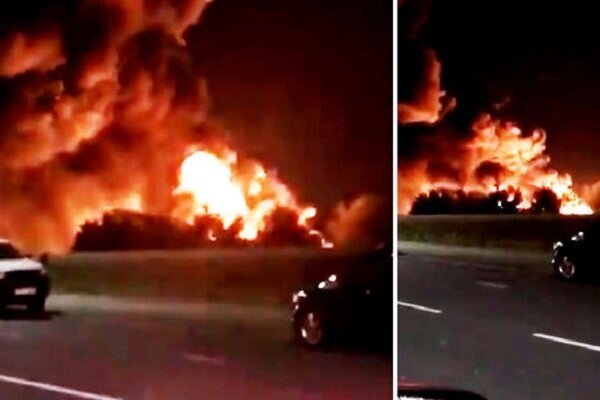 Following the explosion, another person has been taken to hospital with serious injuries but is not believed to be in a life-threatening condition.

No further information about the identity of the person who was killed has been released at this stage, BBC reported.

Chief Constable Serena Kennedy for Merseyside Police confirmed in a press briefing outside the hospital that the investigation has now been passed to counter-terrorism, the report added.

Dramatic footage captured the moment a number of apparent explosions could be heard near the entrance to the hospital.

The video shows a large plume of smoke billowing into the sky while a number of loud bangs are heard – as fire crews arrived at the scene.

Eyewitnesses reported hearing a ‘bang’ and seeing dark smoke from the area.

A major emergency response has been prompted due to what police have described as an ‘ongoing incident’ at the hospital.

No further details have been released on the cause of the blast.