TEHRAN (IQNA) – Secretary-general of the al-Nujaba Akram al-Kaabi noted the increase in Daesh activity with the support of foreign forces and stressed the need to take pre-emptive military action against terrorists in sensitive areas of Iraq. 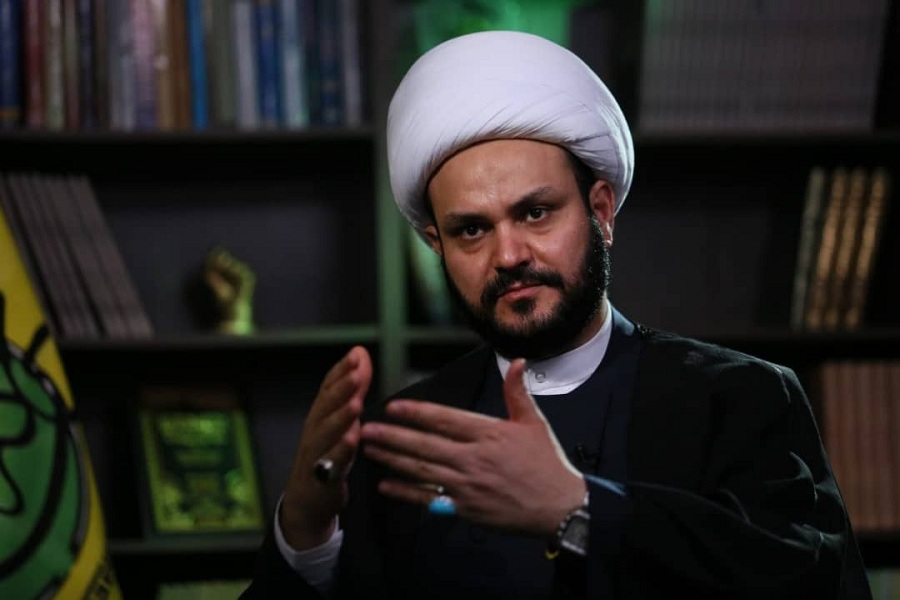 Shaykh Akram al-Kaabi, the secretary-general of the al-Nujaba Islamic Resistance Movement, blamed the occupiers for escalating the criminal activities of Daesh terrorists in the current critical situation in Iraq, citing it as another reason that this terrorist group is a puppet of the arrogant powers of the world.

Shaykh al-Kaabi described the current developments as a warning to the security forces and the Popular Mobilization Forces, which must not be underestimated, and emphasized, “Pre-emptive strikes must be carried out on the hideouts and shelters of the terrorist elements in the governorates of Kirkuk and Diyala, and large-scale military operations must be carried out in areas where there is a source of danger to the people.”

While advising caution and carefulness, he noted, “We must not underestimate the evil conspiracies aimed at disrupting the focus of Iraqi forces and plunging the country into permanent crises.”

Source: The Communication and Media Affairs Centre of al-‎Nujaba in Iran‎