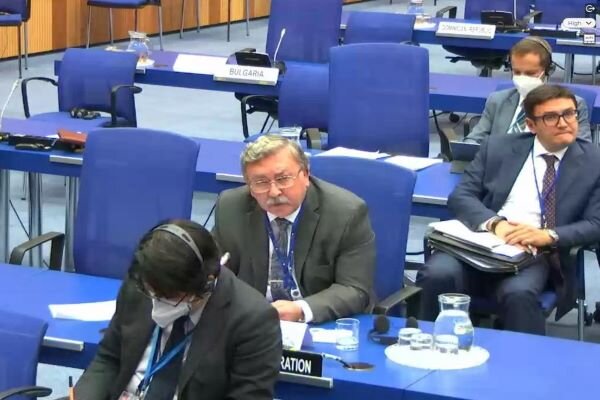 “There is one obvious aspect which definitely doesn’t fall within the category of propaganda- the fact that all the problems were caused by maximum pressure policy of the previous US administration”, Mikhail Ulyanov said.

He made the remarks in reaction to nonsense claims leveled by an American advisor at the Foundation for Defense of Democracies.

Hard to view the last 9 months as anything other than a country exploiting Biden admin and Europe’s naivete and irrational obsession with JCPOA to avoid sanctions enforcement, stabilize its economy, avoid IAEA censure and vastly expand nuclear work. Everything else is propaganda, Richard Goldberg, claimed in a tweet.

The 2015 deal, more formally known as the Joint Comprehensive Plan of Action (JCPOA), was signed by the five permanent members of the UN Security Council — the US, the UK, China, Russia, and France — plus Germany and the EU. Despite the International Atomic Energy Agency&#8217;s acknowledgement of Iran&#8217;s adherence to all of its obligations, the US government unilaterally withdrew from the agreement in May 2018.

The US government has imposed sanctions under various pretexts in line with its hostile goals against the Islamic Republic of Iran and the advancement of its economic war against Iran.

Despite admitting the failure of the policy of maximum pressure against Iran, the Biden administration has refused to take measures necessary to return to JCPOA and has practically put the pursuit of Trump&#8217;s policy against Iran on the agenda.

Kazakhstan to host Astana talks on Syria on Dec. 21-22

Gov. not to tie economy, people's livelihood to negotiations

Asghar Farhadi’s "A Hero" to represent Iran at 2022 Oscars

Kazakhstan to host Astana talks on Syria on Dec. 21-22

Gov. not to tie economy, people's livelihood to negotiations

Asghar Farhadi’s "A Hero" to represent Iran at 2022 Oscars