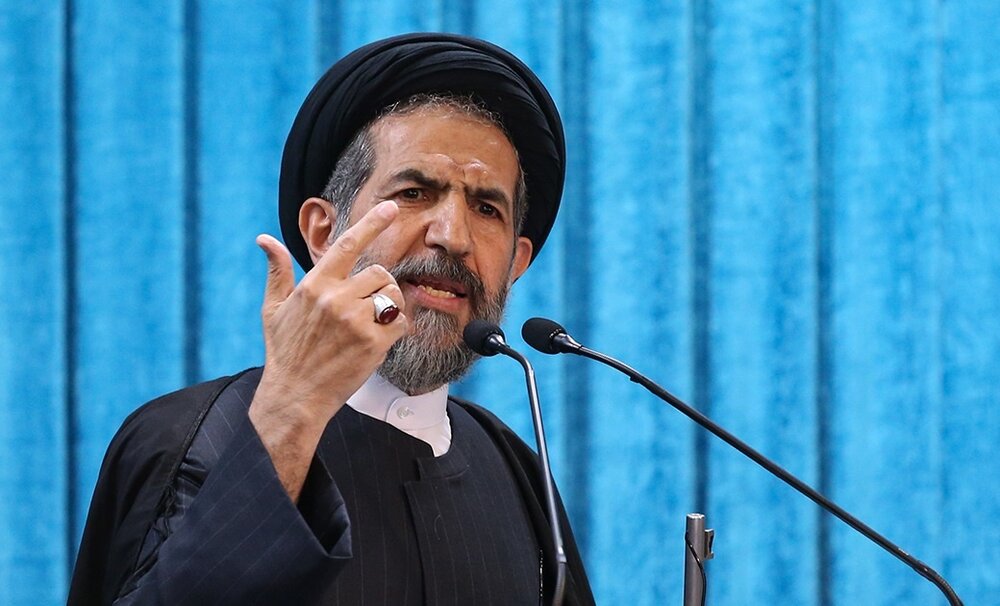 On the occasion of 2nd anniversary of the martyrdom of Iran’s top general Martyr Qassem Soleimani who was assassinated by the US terrorist forces in Baghdad International Airport on Jan. 03, 2020, Hojjatoleslam Mohammad Hassan Aboutorabifard Tehran Provisional Friday Prayers pointed to the bravery and sacrifices of Martyr Lt. Gen. Qassem Soleimani in the fight against ISIL and terrorist movements and said that Martyr Soleimani brought peace and security to the  Islamic Ummah, people in the region and world as well as Europe.

Under the circumstances that the United States and Zionist regime are the root cause of instability in the West Asian region, Islamic Republic of Iran managed to significantly enhance the level of security in the region and opened the way for the creation of power not only for the Islamic Iran but also for the Islamic world, Aboutorabifard emphasized.

Elsewhere in his remarks, senior cleric pointed to the leading role of Martyr Lt. Gen. Soleimani in the provision of peace and security in the region and world and reminded that Martyr Soleimani and his companions including Iraq’s Second-in-Command of Popular Mobilization Unit (PMU) Abu Mahdi al-Muhandis created security for people of region, world and even Europe with the fight against ISIL terrorist groups.

Regarding the defense achievements and the privileged status of Iran in the region, Tehran Friday Prayers interim leader stated that the deterence financing and defense system should be analyzed meticulously during the past four decades.

In the field of defense, when policies of the United States and its mercenaries are fueling flames of insecurity and chaos in the region and the world, Islamic Establishment has been able to significantly improve the level of security in the region, he also undelined.

Enemy needs agreement more than Iran does in talks: cleric

Iran has broken grandeur of US in intl. arena

Enemy needs agreement more than Iran does in talks: cleric

Iran has broken grandeur of US in intl. arena