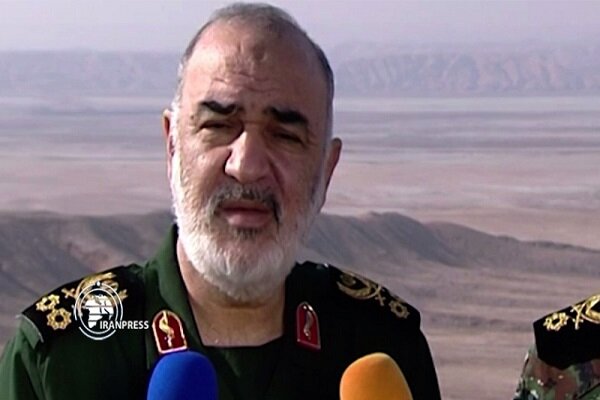 On the fourth day of massive joint military exercises in the south of the country in the Persian Gulf region, the IRGC forces have effectively employed their latest military achievements including the suicide and offensive drones, the IRGC Commander-in-Chief Major General Hossein Salami said on Thursday.

The IRGC chief commander further said that IRGC forces successfully employed other achievements including bounding mines against the moving targets of the enemy as well as advanced home-grown Karrar tank, which was employed on Wednesday during the drill.

General Salami further praised the coordination and harmony among IRGC ground, naval, and air forces in the maneuvers.

The “Great Prophet 17” drills by the IRGC started on Monday and will continue until Saturday in the south part of the country in Hormozgan, Bushehr, and Khuzestan provinces.

American troops must be in US, not Iraq, Afghanistan

American troops must be in US, not Iraq, Afghanistan