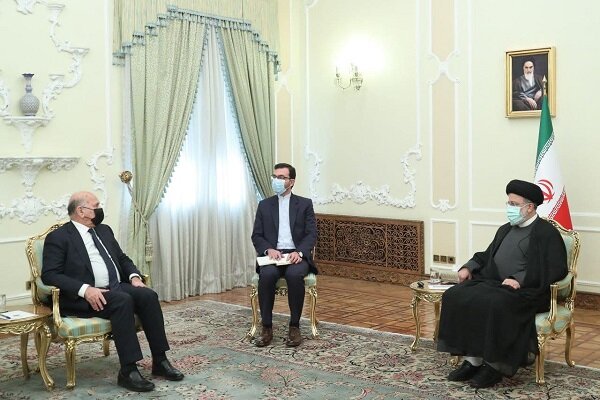 Ebrahim Raeisi made the remarks in a meeting with the visiting Iraqi Foreign Minister Fuad Hussein and his entourage in Tehran on Thursday afternoon.

“Protests against elections can occur in any democratic system, and it is important that both the protests and responses to them take place in legal processes,” the Iranian president said.

Referring to the withdrawal of US troops from the country, the president said, “This success was achieved through the resistance of the Iraqi people and officials, otherwise the Americans would not have left.

The President thanked the Iraqi government for its efforts to transfer the former ill Iranian ambassador envoy to Yemen from Sanna, who later passed away after contracting the Covid-19 in Tehran.

“The relationship between the Islamic Republic of Iran and Iraq is based on friendship and deep and wide religious, doctrinal, cultural and historical similarities,” Raeisi also said, adding that Iran and Iraq enjoy special and privileged relationships in various bilateral, regional and international dimensions.

Enhancing the level of these relations is in the interest of both countries and the region, he added.

Iraq has no plan to normalize relations with Zionist regime

Development of economic coop. on agenda of Tehran, Ashgabat