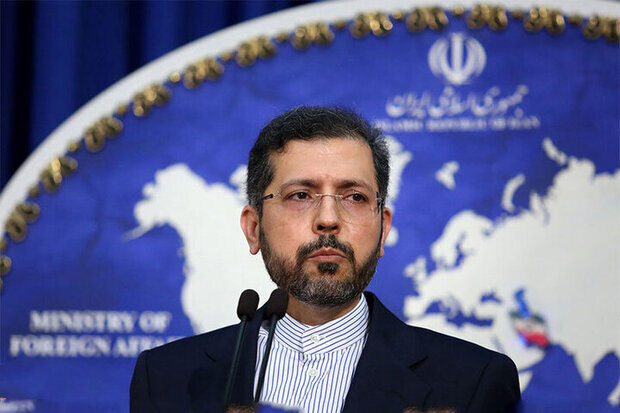 Saeed Khatibzadeh Iranian Foreign Ministry Spokesman said, “Unfortunately, for the second consecutive year, US sanctions imposed on Iran has prevented the country from paying its outstanding dues to the United Nations.”

As one of the founding and active members of the United Nations, Iran has faced serious problems in paying its dues to UN because of the oppressive and illegal US sanctions imposed against Iran.

Saeed Khatibzadeh emphasized, “Despite numerous difficulties created, Iranian government has provided the necessary resources to pay its membership fee to the United Nations and is conducting the necessary consultations to resolve the problem.”

At the same time, provision of a secure channel for faster payment of membership fees is following up on by the country, Khatibzadeh emphasized.

The spokesman added that the UN Secretary-General and Secretariat should consider special conditions of countries targeted by illegal and illegitimate US sanctions particularly and should not hesitate to assist these countries in paying their dues.

Eight countries that include Iran, Venezuela and Sudan have lost their right to vote at the United Nations because of unpaid dues.

Under the UN charter, a member country’s right to vote is suspended when its arrears equal or exceed the amount of dues it should have paid over the preceding two years.

If the outstanding debt is deemed to be “due to conditions beyond the control of the member,” the assembly may let that country continue to vote.

The eight countries that have lost their right to vote for now are Iran, Sudan, Venezuela, Antigua and Barbuda, Congo, Guinea, and Papua New Guinea, he said.

Many tables prepared, some parentheses on Vienna talks

Iran hopes to pay its membership fee to UN ASAP

Many tables prepared, some parentheses on Vienna talks

Iran hopes to pay its membership fee to UN ASAP