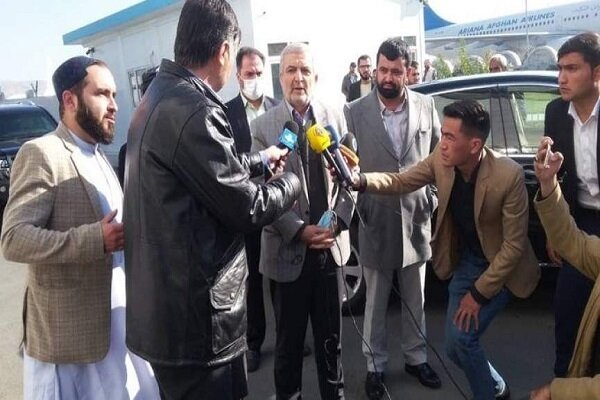 Speaking in an interview with correspondents upon his arrival to Afghanistan’s capital Kabul on Monday, Hassan Kazemi Qomi, Iran’s Special Envoy for Afghanistan Affairs said that the United States is striving to support the ISIL terrorist group after its [US] failure in Afghanistan.

In response to a question on Iran’s recognition of the Taliban, he said that the Islamic Republic of Iran respects the will of Afghans and Iran’s stance is in accordance with the wishes of the Afghan people.

He expressed hope that forming a powerful government in Afghanistan will lead to the stability of the region.

Like the Islamic Republic of Iran, the Republic of Afghanistan is facing cruel and oppressive West sanctions, he said, adding that the two countries will make their utmost effort to establish very sound cooperation with each other on boosting the safety of borders.

Elsewhere in his remarks, he pointed to Iran’s support for the Afghan people, saying that Iran has always been standing by the Afghan people in all security, economic and political aspects.

Embassy of Iran in Kabul on its Twitter account on Sunday night announced that Iranian President’s special envoy for Afghanistan Hassan Kazemi Qomi is scheduled to travel to Kabul on Monday to discuss with senior Taliban officials on various issues including regional developments, refugees, humanitarian aid, formation of an inclusive government and especially economic issues in the country.