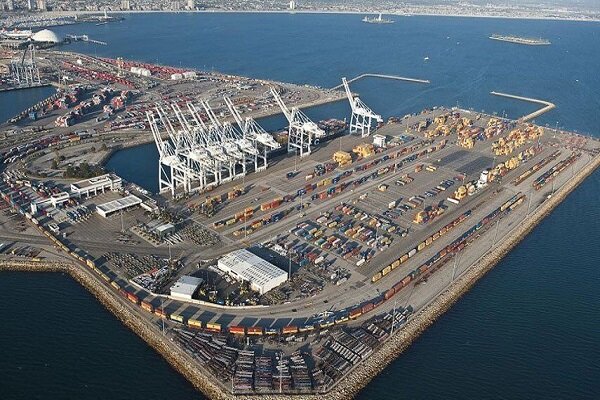 “We have had some good discussions on the issue and we agreed that freight transit through this path should increase,” Ghasemi said in a briefing with reporters on Tuesday.

The comments come more than a week after Iran, India and Uzbekistan held a virtual meeting to discuss the situation on the Chabahar, Iran’s only Ocean port located on the Sea of Oman where trade has plummeted after the takeover of the Taliban in Afghanistan.

Chabahar had been viewed as a major trade gateway between the Indian Ocean and Afghanistan and other landlocked countries in the Central Asia region.

Iran has invested heavily on the construction of a railroad connecting Chabahar to the Afghan border while India has contributed financially to the provision of port operation equipment in one of the terminals in Chabahar.

Ghasemi said that Chabahar has a capacity for processing 30 million tons of cargo per year, adding that Iran expects other parties involved in the project to increase their financial contribution to development work.

He said Iran will need to invest more on the transportation network supporting Chabahar, adding that the railway connected to the port should reach northern Iranian areas bordering Central Asian countries.

The minister said that size of investment requires assurances from countries like India that freight traffic through Chabahar will increase.

Ghasemi described previous agreements with India on Chabahar as imperfect, adding that Tehran and New Delhi should work to improve the deal.

US air strikes in the Middle East are deeply flawed

US acted deceptively towards issue of peace in Afghanistan

US continues to create crisis in region