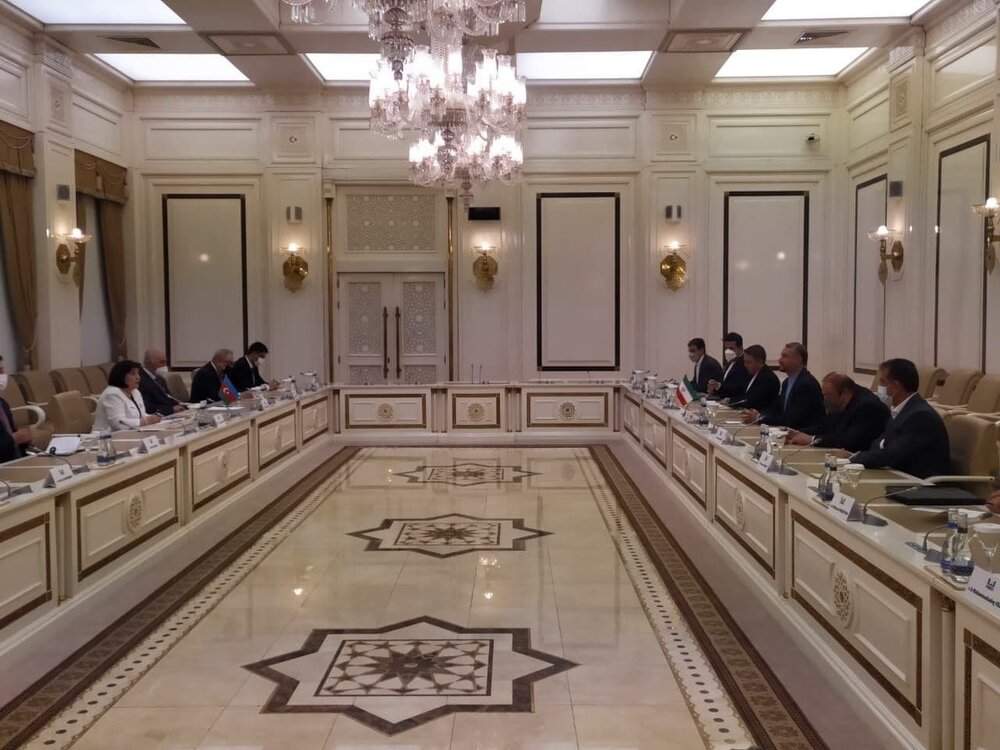 According to a readout of the meeting published by the Iranian Foreign Ministry, the Iranian Foreign Minister and the Azeri Parliament speaker discussed the strengthening of relations between the two countries in various fields, including the expansion of parliamentary cooperation between the Islamic Republic of Iran and the Republic of Azerbaijan.

Amir-Abdollahian described the presence of the Azeri speaker at the inauguration ceremony of the Iranian President Raeisi in Tehran as a manifestation of the depth of friendly relations between the two countries and added that the unique commonalities between Iran and the Republic of Azerbaijan are a great asset for the two countries that serves as a platform for further development.

He further expressed hope the documents related to the amendment of the Law on transit tolls and Preferential Tariffs shall be approved by the National Assembly of the Republic of Azerbaijan in order to facilitate the expansion of cooperation.

Sahiba Gafarova also said, “We have witnessed and appreciate the strong support of the government and people of Iran to the Republic of Azerbaijan in the Nagorno-Karabakh war.”

The Speaker of the National Assembly of the Republic of Azerbaijan further expressed hope that  Mohammad Bagher Ghalibaf, Speaker of the Iranian parliament will visit Baku in the near future.