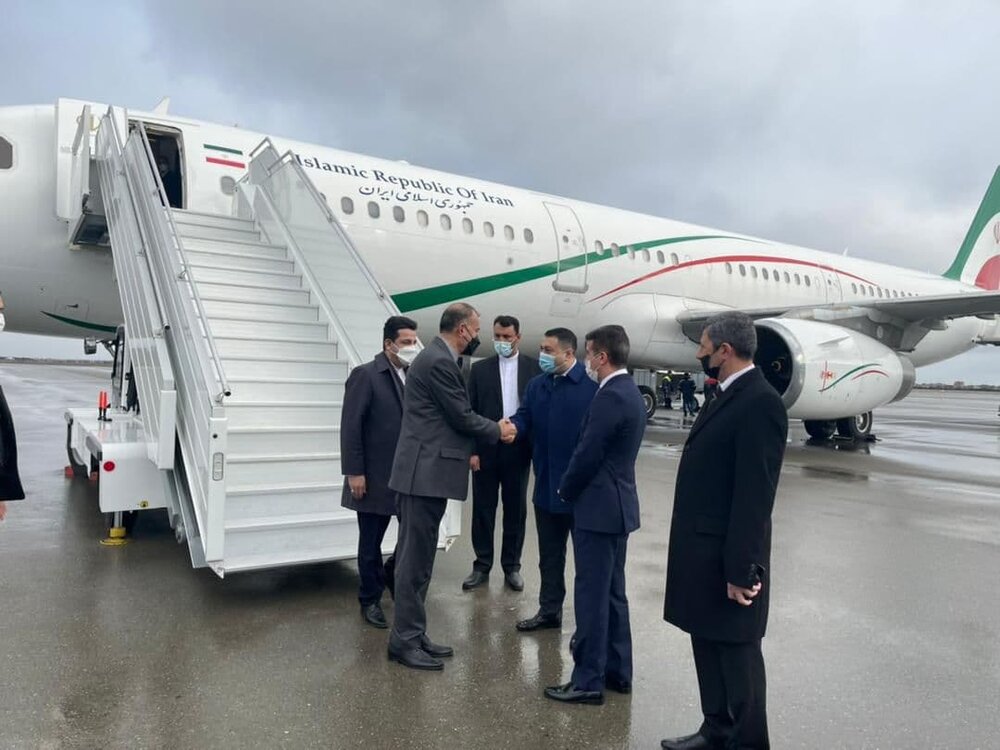 Iranian foreign minister who left Tehran for the Azeri capital a few hours ago arrived in Baku to meet and hold talks with high-ranking officials of the Republic of Azerbaijan on the expansion of bilateral relations.

The foreign minister is scheduled to meet with his Azerbaijani counterpart Jeyhun Bayramov, President Ilham Aliyev, Deputy Prime Minister of the Republic of Azerbaijan Shahin Mostafaev and Speaker of the National Assembly Sahiba Gafarova.

This is Amir-Abdollahian’s first visit to Baku since his appointment as foreign minister.

On the sidelines of the 17th extraordinary session of the Organization of Islamic Cooperation (OIC) Council of Foreign Ministers on Afghanistan which was held in the  Pakistani capital of Islamabad on Sunday, Amir-Abdollahian met with Azeri Foreign Minister Jeyhun Bayramov.

During the meeting, the two foreign ministers of Iran and the Republic of Azerbaijan expressed satisfaction with the growing trend of relations and also discussed the latest developments in cooperation between the two countries.

US threatens Iran with ‘other options’ if Vienna talks fail

Iran’s FM calls on West to fulfill its past commitments