TEHRAN (IQNA) – The “International Committee to Support the Prophet of Islam” announced its establishment in Turkey’s Istanbul on Tuesday. 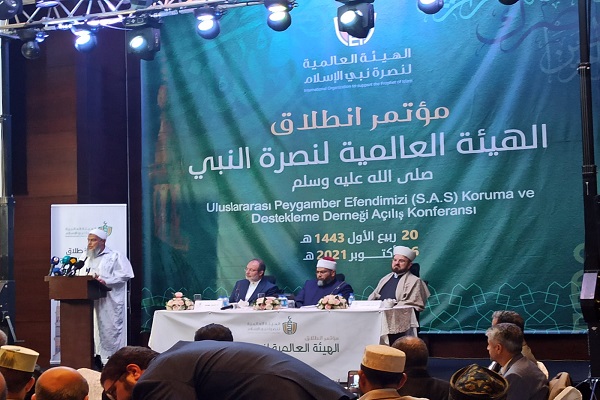 The opening ceremony was held with presence of more than 300 officials and scholars from around the globe including former Hamas leader Khaled Mashaal, and Ali Muhiuddin Al-Qurra Daghi, Secretary General of the International Union of Muslim Scholars, according to Arabi21.

The committee aims work under the guidance of scholars and introduce the Holy Prophet&#8217;s (PBUH) Seerah in all languages of the world with the hope of “filling the gap through which some malicious people penetrate.”

It also seeks to provide scientific and legitimate response to suspicions raised by enemies, added the report.

The committee seeks to launch several platforms where special teams will publish articles about the Prophet (PBUH) on a daily basis.

The International committee consists of a general secretariat with five members, a media commission, and a board of trustees which is comprised of 50 Islamic scholars.

Nothing Like True Unity Can Help Islam: Senior Cleric

Iran hopes gov't to be formed in Afghanistan that represents all Afghan people: President Raisi