TEHRAN (IQNA) – Hundreds of people from various faiths and backgrounds gathered in major US cities on Saturday and Sunday to protest Facebook’s allowing of hate speech against Muslims in India. 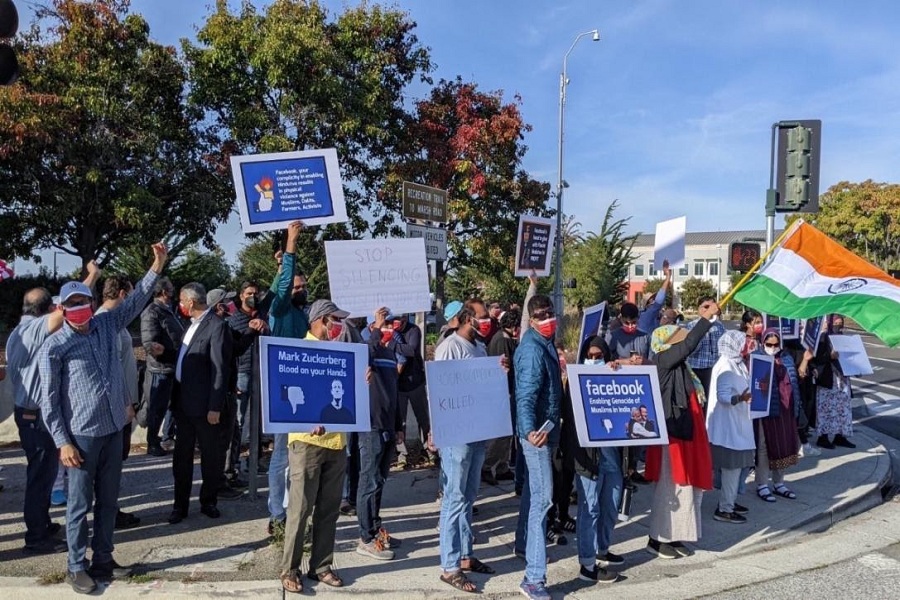 People voiced their protest against Facebook allowing hate speech to be freely posted in India, resulting in persecution, physical attacks and killings of members of non-Hindu minority religions.

Many of the protesters, who can never return to India, have families in India who are targets of state-sanctioned persecution, discrimination and physical violence.

Earlier, it was revealed that Facebook in India has been selective in curbing hate speech, misinformation and inflammatory posts – particularly anti-Muslim content, leaked documents show.

Communal and religious tensions in India have a history of boiling over on social media and stoking violence.

The so-called Facebook Papers, leaked by whistleblower Frances Haugen, show that the company has been aware of the problems for years, raising questions over whether it has done enough to address these issues.