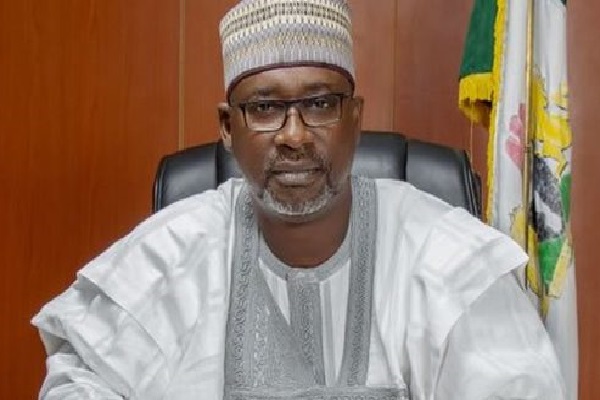 Ta’awunu Human Rights Initiative alleged that female Muslim students in some government owned primary, secondary and tertiary institutions in Southern Nigeria were being harassed for wearing hijab and Niqob and warned that the development is an invitation to anarchy.

The group in its petition which was signed by the Director General of the organization, Barr. Sulaymon A. Tadese, the group appealed to the Minister to address the issue before it would lead to breakdown of Law and order.

According to the petition “It is pertinent to inform you that Muslim Students in Government owned Primary, Secondary and Tertiary Institutions in Southern Nigeria were on frequent basis harassed, embarrassed and circumscribed on the sole reason of putting on Hijab”.

“Hijab is a decree of the Qur’an which is the holy scripture of the Muslims contained in chapter 33 verse 59 of Glorious Qur’an which provided that “O Prophet, tell your wives and your daughters and the women of the believers to draw their cloaks close round them” which is consistent and encapsulated in the flavour of the provision of Section 38 of the constitution of the Federal Republic of Nigeria 1999 as amended 2011 on freedom of Religion, Thought and expression and a furtherance of the Islamic personal law expressly permitted in Nigeria.”

“It is important to put you on notice that Hijab, whether below the Navel or above it is compulsory for every Female Muslims anywhere they found themselves as a decree of Almighty Allah quoted in the above verse. It is not an exaggeration to say removing Hijab from a Female Muslim head is akin to undressing her, it is considered as a nakedness.”

“It is on record however that, despite the express provision of Section 38 of the Constitution on Freedom of Religion, some Christian named Government owned Primary and Secondary schools had proscribed the wearing of Hijab, harassing students and stealing their inalienable rights.”

The group said between November and December, 6 different cases of harassment of Female Muslims in Hijab and Niqob were reported in Oyo, Osun, Ogun, Lagos and Akwa Ibom States.

The group said mentioned Federal University of Agriculture, Abeokuta as one of the institutions that banned hijab and Niqob.

It also frowned that a lecturer at Ladoke Akintola University of Technology Ogbomoso Oyo State who is also the Dean of the College of Nursing threatened a Muslim student that used niqab with rustication.

“As a concern Human Rights Group in Nigeria we considered disrespect for the extant law of the land on Freedom of Religion as a flash point that could crippled further the Security of lives and the wellbeing of all Nigerians which is the primary function of the Government which the Federal Government had tirelessly maintain in the country while we make a call to arrest this illegality before in escalates beyond expectation,

“We are looking forward to a quick response to our demands”, the group said.

There no step-by-step agreement in Vienna talks: Khatibzadeh