TEHRAN (IQNA) – Germany’s new ambassador to Iraq traveled to the holy city of Karbala on Wednesday. 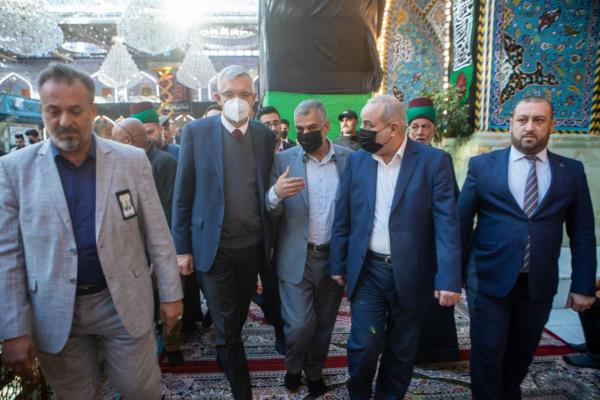 During the trip, Martin Jaeger visited the holy shrines of Imam Hussain (AS) and Hazrat Abbas (AS), al-Kafeel.net reported.

He also met with Hojat-ol-Islam Ahmad al-Safi, the custodian of the mausoleum of Hazrat Abbas (AS).

Hojat-ol-Islam al-Safi congratulated Jaeger on starting his mission as Germany’s new envoy to the Arab country.

Jaeger, who also visited the museums and projects being carried out at the mausoleum, praised the measures taken by the Astan.

He noted that it was his first trip to Karbala and described the visit as a successful one during which he learned a lot about the holy city.

Jeager said he was informed about the projects being carried out by the cooperation of German companies and said efforts will be made to strengthen such cooperation in the future. 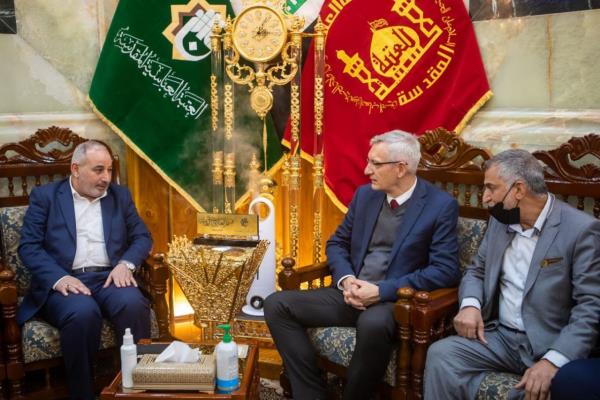 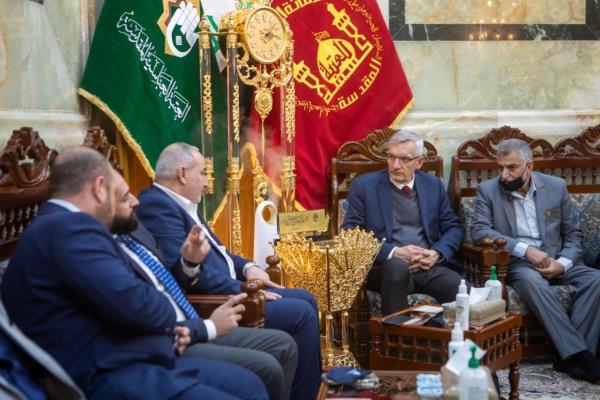