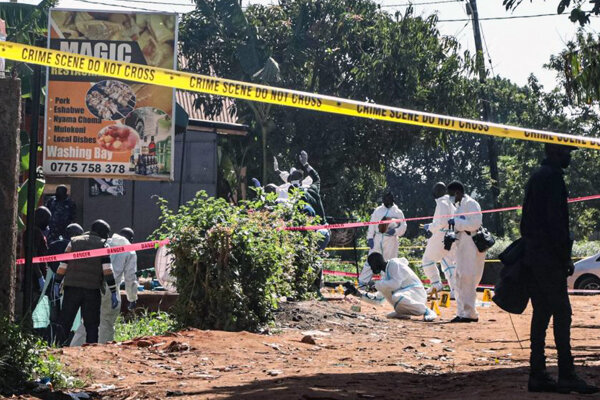 There was no immediate claim of responsibility for Friday’s incident. According to a senior police official, the device looked like an exotic “jackfruit” and was given to the children while they were playing, Al-Jazeera reported.

The explosion occurred in Nakaseke district, 60km (27 miles) north of the capital, Kampala. It killed a 14-year-old and a second child with disabilities, police spokesman Asan Kasingye said in a tweet.

Uganda has been the target of multiple attacks over the past week. A bomb packed with nails and shrapnel exploded in a popular restaurant in Kampala, killing one person and wounding three others on October 23.

The ISIL armed group claimed responsibility for the attack in a statement posted on an affiliated Telegram channel.

On Monday, a second bomb went off on a bus, killing the suspected attacker and injuring several commuters. Police initially said two people were killed.

Protests over compulsory vaccine passport in workplaces continue in Italy

At least seven killed in landmine blast in Syria’s Homs

Methane burst at mine in Kazakhstan leaves 6 dead, 2 injured