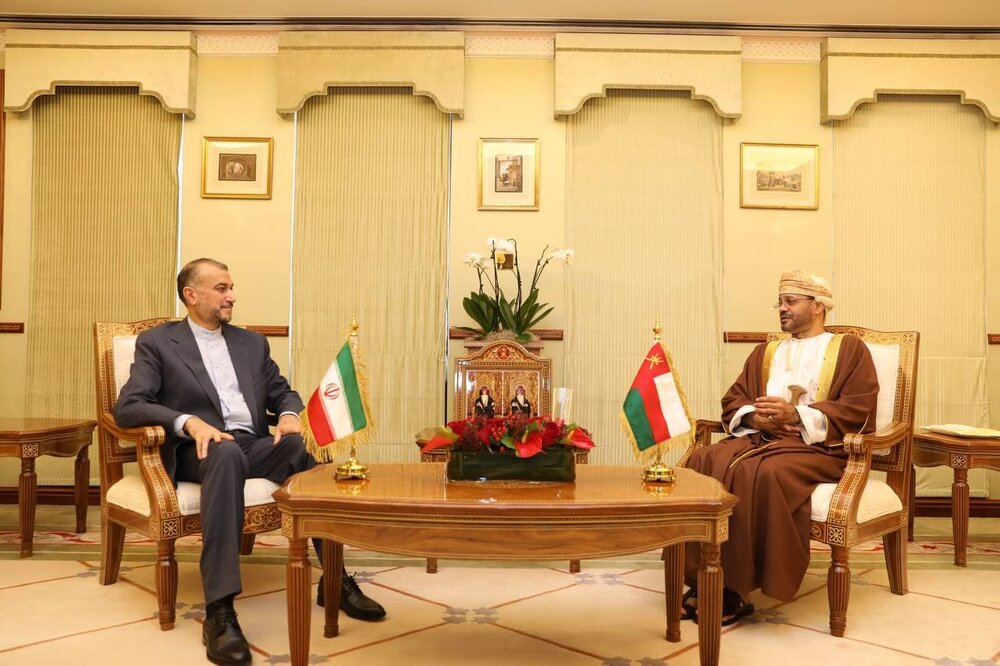 Foreign Minister Hossein Amir-Abdollahian made the comments in a meeting with the Deputy Prime Minister for the Council of Ministers in the Sultanate of Oman Sayyid Fahd bin Mahmoud Al-Said on Monday on a visit to Muscat.

He thanked the presence of an Omani delegation at President Ebrahim Raeisi’s inauguration ceremony in Tehran last August.

The top Iranian diplomat described Oman as one of the top priorities for Iran in developing its regional cooperation in various political, economic and cultural fields.

He expressed Iran’s readiness to increase cooperation with Oman in different fields of freight and passenger transportation, energy, tourism, airlines and other areas of cooperation.

The foreign minister also explained new Iranian administration’s approach to increasing cooperation with the countries of the Persian Gulf region within the framework of good neighborhood policy, emphasizing the absence of any restrictions and exceptions in establishing good relations with regional countries.

He stressed the need for a political solution to the Yemeni crisis and thanked the Omani government for its efforts to transfer former Iran’s envoy to Yemen to Tehran Martyr Hassan Irloo.

Explaining the latest developments in the Vienna talks between Iran and the P4+1, Amir-Abdollahian underscored Iran’s insistence onthe need to take practical and constructive steps. He also pointed out Iran’s goodwill and seriousness to reach a good agreement in the talks.

US as starter of Iranian nuclear crisis should lift sanctions