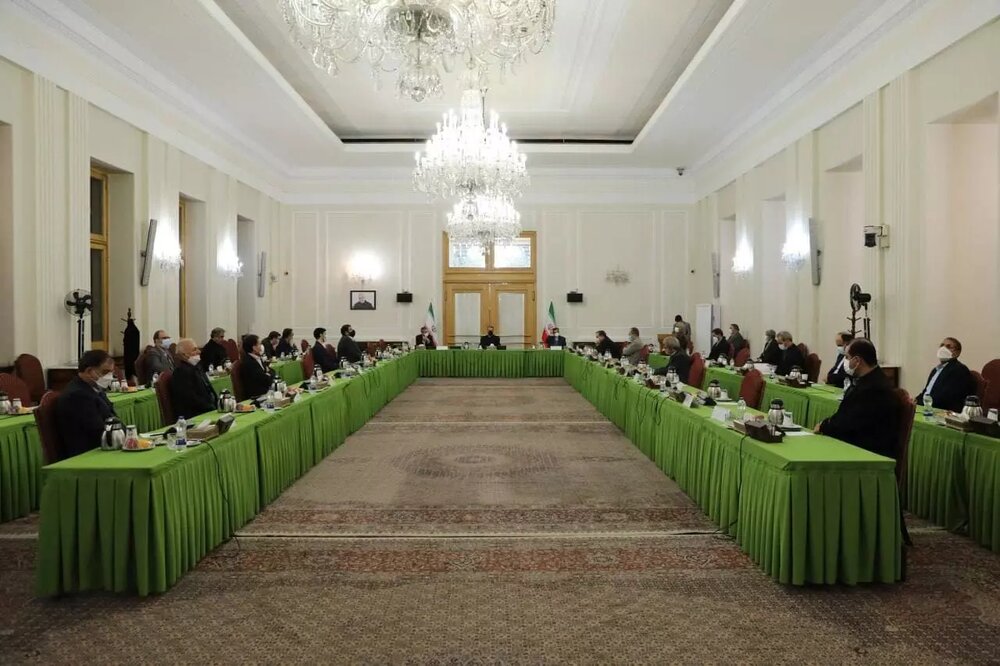 During the meeting, the Iranian Foreign Minister explained the foreign policy of the 13th administration.

Emphasizing the good faith of the Islamic Republic of Iran in the resumption of the Vienna talks, despite the violation of the JCPOA commitments and withdrawal from the deal, as well as the violation of Resolution 2231 by the United States and the inaction of European member states in fulfilling their obligations, he described Iran’s policy in resuming Vienna talks in order to lift oppressive, illegal and unilateral US sanctions.

Iran’s top negotiator and Deputy Foreign Minister for Political Affairs Ali Bagheri Kani who also attended the meeting explained the measures are taken so far, as well as the various aspects of the policies of the Islamic Republic of Iran regarding these talks.

Iran and the remaining signatories to the JCPOA known as the P4+1 with the indirect involvement of the United States have held six rounds of talks so far with no results. The Western powers made excessive demands during the talks and the talks were halted amid the change in the government in Iran.

Recently, the Iranian deputy foreign minister and the new top negotiator Ali Bagheri Kani announced that the Vienna talks will start on November 29 after a five-month halt.