TEHRAN (IQNA) – Evaluations continued on Friday in the preliminary stage of the men’s section in the Islamic Republic of Iran’s 38th International Holy Quran Competition. 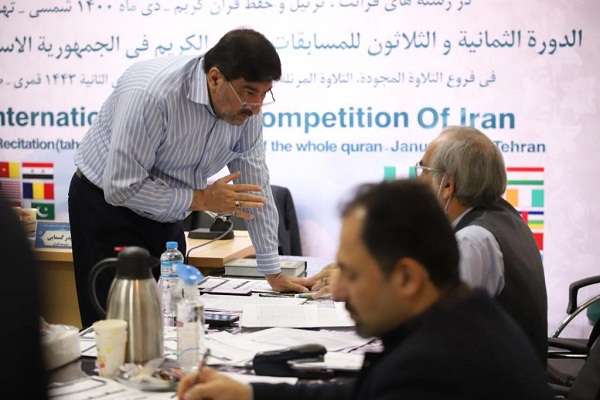 The panel of arbiters watched and scored more recorded files of performances by contenders in different categories.

Participants have already sent their performances and the preliminary stage is being held virtually, with contestants able to see the process of judging their performance with a link given to them.

The top ones will make it to the finals, slated to be held in March.

Those in the men’s section compete in Quran memorization as well as Quran recitation and Tarteel.

There are three contests in this section: the main competition, the one for school students and the one for the visually-impaired.

The preliminary stage in the women’s section concluded on Monday.

A total of 190 Quran memorizers and reciters from over 69 countries have taken part in this year’s edition of the international Quranic event.

Quran memorizers and reciters from 67 countries took part in the final round of the 37th edition of the contest, which was held on March 6-11, 2021.