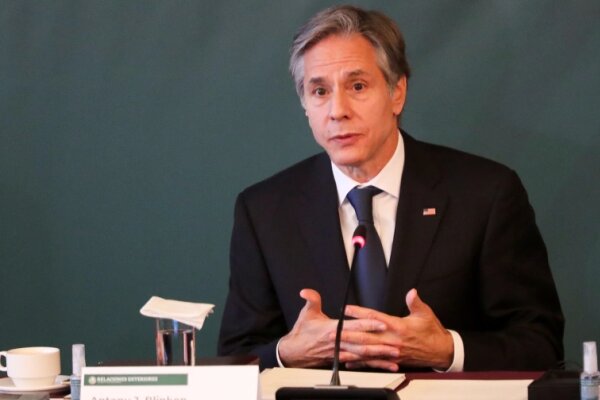 “Well, the Iranians have now said that they’re coming back to talks toward the end of November,” US Secretary of State Antony Blinken told CBS News Face the Nation program on Sunday.

The top US diplomat pointed to the meeting of the US president of the leaders of three major European allies on the sidelines of the G20 meeting in Rome and stressed that the Western powers are on a united front and closely coordinating and cooperating on the Iranian nuclear issue.

Blinken said, &#8220;But even more important is the fact that here in Rome, the president got together with Chancellor Merkel of Germany, with the UK Prime Minister Boris Johnson, with the French President Emmanuel Macron. And we are in very close coordination with our closest partners on dealing with this challenge posed by Iran&#8217;s nuclear program. And all- all of us are also working with Russia and China.&#8221;

&#8220;We still believe diplomacy is the best path forward for putting the nuclear program back in the box that had been in under the- the agreement, the so-called JCPOA,&#8221; he said, while repeating the claim that the US considers all options are still on the table against Iran.

The new Iranian administration has vowed that it will return to the Vienna talks soon but they must be result-oriented and can yield tangible results for Iran in terms of the removal of the sanctions and abidance of the parties by the JCPOA provisions.

Amid the indifference of the JCPOA parties to continued US violations of the JCPOA, Iran halted voluntary implementation of the Additional Protocol, which allows unannounced inspections of its nuclear sites by the IAEA inspectors as per a piece of legislation approved in the Iranian parliament last December.

Iran has also increased the level of uranium enrichment beyond the level allowed under the JCPOA in as per the deal itself.

Incident reported in an unfinished nuclear plant in Turkey

Removal of US sanctions main priority of Vienna talks