TEHRAN (IQNA) – An Indian court granted bail to two female journalists who were arrested in the northeastern state of Assam for their coverage of anti-Muslim violence in the neighboring Tripura state. 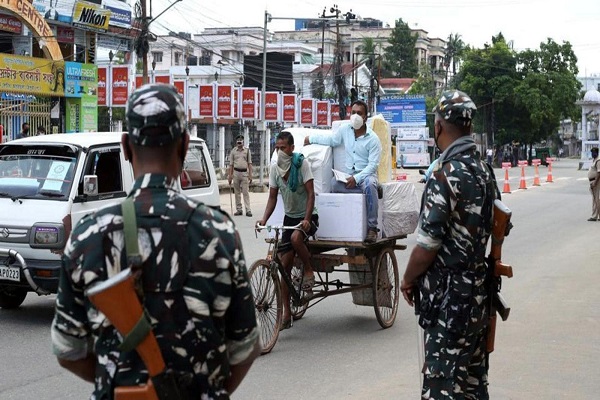 The arrest of Samriddi Sakunia and Swarna Jha on Sunday drew concerns from media watchdogs, activists and politicians, who called it a “violation of press freedom”.

“Our gratitude to our lawyers and each and everyone who supported us,” he tweeted.

Sakunia and Jha were arrested on charges of publishing false news aimed at disrupting communal harmony. The young journalists, in their early 20s, have been reporting from Tripura, which saw large-scale anti-Muslim violence late last month, during which more than a dozen mosques saw arson attacks.

The Tripura police earlier filed cases against 102 people, including journalists, for social media posts about the violence under the stringent Unlawful Activities (Prevention) Act or UAPA. The police have accused the users of spreading fake news.

According to HW News Network, a case was filed against Sakunia and Jha on Sunday by the Tripura police on the basis of a written complaint submitted by one Kanchan Das, who is a member of the Vishwa Hindu Parishad (World Hindu Council or VHP) linked to the Hindu nationalist Bharatiya Janata Party (BJP).

Several press bodies, including the Editors Guild of India (EGI) and the Committee to Protect Journalists (CPJ), have condemned the police action against the journalists and have demanded their immediate release.

“Detention of Samriddhi and Swarnaa is a violation of Press Freedom,” CPJ said in a statement.

Condemning the police action, EGI said: “[EGI] demands their immediate release and restoration of their freedom to travel.”

“The BJP system is busy killing journalism. But when has the truth stopped in the face of lies?” Gandhi said in a tweet in Hindi.

‘Do not ask too many questions’

On Thursday, India’s Supreme Court agreed to fix a date to hear a plea challenging the decision of the Tripura police to invoke anti-terror law against two lawyers who visited the state as part of an independent fact-finding team.

The fact-finding team said in its report that Muslims were targeted in the violence, adding that Hindu outfits such as VHP, Hindu Jagran Manch (HJM), and Bajrang Dal were involved in anti-Muslim violence.

Laxmi Murthy, a member of the Network of Women in Media India (NWMI), told Al Jazeera such arrests are meant to send out a message to other journalists to not cross the line.

“It is meant to send a message, which it does, to not only to that individual journalist but generally the media community that if you dare to cross a line and ask too many questions, this is what is waiting for you,” Murthy said.

“It’s quite ironic that journalists who are trying to get to the bottom of the communal conflict are themselves booked under provisions of causing communal tensions. It’s highly ironic and extremely alarming.

“Just accept the official version, the police version and go away and that is what is being encouraged as reporting these days.”

India ranked 122nd on the World Press Freedom Index of Reporters Without Borders (RSF), a French NGO, in 2010. But its ranking over the years declined steadily. In 2021, India ranked 142nd among 180 countries.

Who was behind the violence?

Days after anti-Hindu violence in Bangladesh, members of the far-right Hindu groups took out protest rallies in Tripura and allegedly attacked Muslims and their religious places, including mosques.

Violence against Hindus broke out in Bangladesh last month after a photo of the Quran allegedly placed on an idol of a Hindu deity during the Durga Puja festival triggered riots in the country. At least two Hindus were killed and dozens of homes belonging to the minority group were attacked by Muslims.

Muslims, who form less than 10 percent of Tripura’s 3.7 million population, remain in fear, with the BJP, which governs both Assam and Tripura states, denying the violence.

The police have said no mosque was attacked, but media and independent fact-finding reports have said religious places and properties belonging to the minority community were attacked by the Hindu groups.