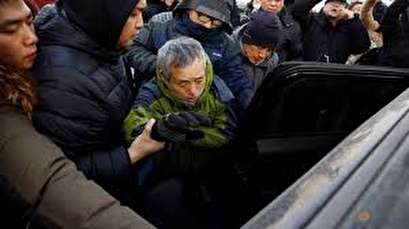 TEHRAN, December 26 -Chinese police locked down a courthouse on Wednesday at the start of the trial of a prominent rights lawyer who is accused of subversion of state power and whose case has attracted widespread concern in Western capitals.

TEHRAN, Young Journalists Club (YJC) -Chinese police locked down a courthouse on Wednesday at the start of the trial of a prominent rights lawyer who is accused of subversion of state power and whose case has attracted widespread concern in Western capitals.

Wang Quanzhang, who took on sensitive cases of complaints of police torture and defended practitioners of the banned Falun Gong spiritual movement, went missing in August 2015 during a sweeping crackdown on rights activists.

Most cases from that summer, known as the 709 cases for the first day of detentions on July 9, 2015, have concluded. Wang, however, was incommunicado for more than 1,000 days.

An investigation said he had “for a long time been influenced by infiltrating anti-China forces” and had been trained by overseas groups and accepted their funding, according to a copy of the indictment seen by Reuters.

Police outside the court in the northern city of Tianjin told reporters they could not get near the building because it was a closed trial.

One supporter stood outside the courthouse shouting “Wang Quanzhang is a good person” and “I support Wang Quanzhang” before police forced him into a car and drove him away.

There were also several Western diplomats outside the courthouse, who were likewise not allowed in.

The indictment says Wang worked with Peter Dahlin, a Swedish rights worker who was detained in China for three weeks before being deported in 2016, and others to “train hostile forces”, as well as actively providing investigative reports overseas.

It also says Wang had hyped up and distorted the facts in his online statements about the case of a policeman who killed a petitioner in Heilongjiang in 2014 and of “cults” that he had defended.

Dahlin, now in Madrid, said on Twitter they had kept all documentation dating back to 2009 “and will release anything needed to dispel that it constitutes subverting state power”.