TEHRAN (IQNA) – An exhibition of cartoons about the issue of Palestine and its resistance against Israeli occupation was launched in Iran’s eastern city of Birjand on Saturday. 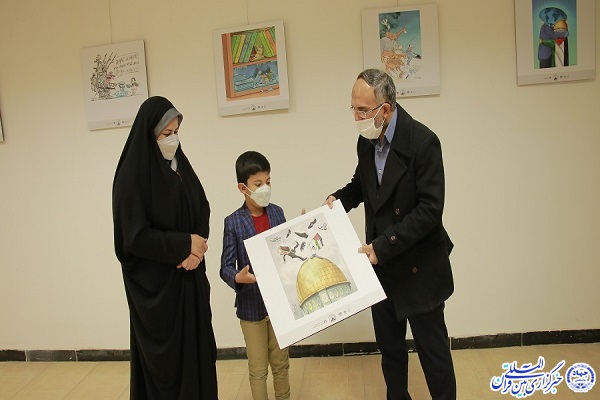 Titled “Palestine Is Not Alone”, the exhibition features works by international artists about Palestine.

According to Majid Karimian, a local official, the expo will run for five days.

Thirty works by artists from different countries are on display at the exhibition, he noted.

They are about the rights of the Palestinian people, Israeli oppression of Palestinians, and the Islamic resistance front, he added.

Karimian underlined that Palestine is a major issue among Muslims and that creating artworks on this issue is an important step for promoting it and preventing it from being forgotten.