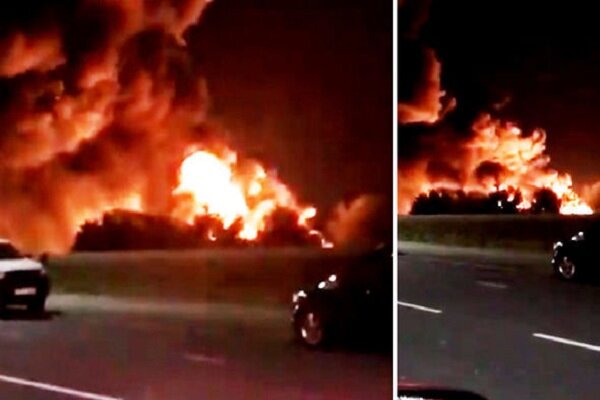 The announcement comes after Boris Johnson chaired an emergency meeting to discuss the Government’s response to the shocking incident, UK media have said.

“There’s a reason for that and that reason is because what we saw yesterday is the second incident in a month now.”

Mrs Patel wouldn’t be drawn on whether there was specific intelligence behind the raising of the threat level, the Sun said.

Last night a car caught on fire after an explosion near Liverpool Women’s Hospital – just a minute before the 11am Remembrance Day events across the country.

Prime Minister Boris Johnson said, “This is an ongoing investigation so I can’t comment on the details or exactly what type of incident it was, what type of crime it may have been.”

The car blew up in Liverpool at 10.59am, killing its “suspicious-looking” passenger as the country prepared to mark the Fallen at 11am.

Pals of the injured taxi driver, who was in a stable condition last night, said he acted courageously to thwart a bombing of the hospital, where 30 babies are born each day.

Three men aged 21, 26 and 29 were later arrested elsewhere in the city under the Terrorism Act.

The blast occurred close to the ­Liverpool Cathedral which was hosting one of the country’s largest Remembrance Sunday services with more than 2,000 people. It is less than a mile from the hospital.