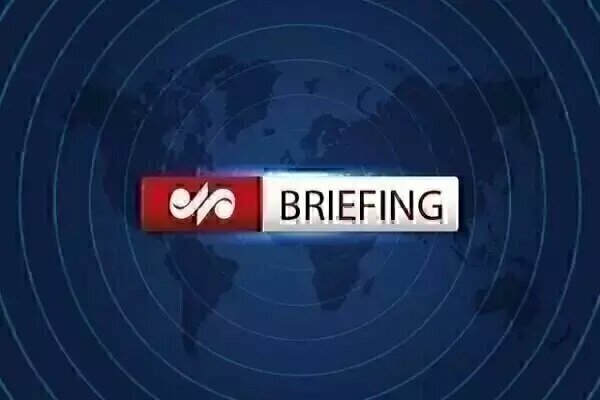 Iran’s principled policy is to back Iraq’s security: Raeisi

Iranian President Ebrahim Raeisi has said that the Islamic Republic of Iran has always supported the formation of a strong and powerful parliament and government in Iraq.

Ebrahim Raeisi made the remarks in a meeting with the visiting Iraqi Foreign Minister Fuad Hussein and his entourage in Tehran on Thursday afternoon.

“Protests against elections can occur in any democratic system, and it is important that both the protests and responses to them take place in legal processes,” the Iranian president said.

In a joint press conference with his Iraqi counterpart, FM Amir-Abdollahian said that “We are determined that the Shalamcheh-Basra railway will become operational as soon as possible.”

On the fourth day of massive joint military exercises in the south of the country in the Persian Gulf region, the IRGC forces have effectively employed their latest military achievements including the suicide and offensive drones, the IRGC Commander-in-Chief Major General Hossein Salami said on Thursday.

Why does US create a sense of urgency on Vienna talks?

In a concerted effort to create a sense of urgency in terms of reviving the JCPOA, US officials have warned the time is running out to resurrect the deal all while trying to rein in a European push to derail talks in Vienna.

US Secretary of State Antony Blinken said on Tuesday that the window is closing to resuscitate the 2015 deal, officially known as the Joint Comprehensive Plan of Action (JCPOA), underlining the US is exploring other options to deal with Iran.

The Iranian Ambassador to the UK Mohsen Baharvand has called into question the Western powers’ seriousness in the Vienna talks, saying that are playing a blame game in the negotiations.

The Iranian Ambassador to the UK Mohsen Baharvand  wrote on his Instagram account, “…When we do not negotiate with them, they use all their tools and hypocritically pretend to be in favor of dialogue and engagement.”

A senior official of Iran’s Judiciary has said that Tehran and Baghdad have signed a joint statement to bring to justice the perpetrators behind the assassination of Iran and Iraq’s top anti-terror commanders.

Kazem Gharibabadi, who is the secretary of Iranian Judiciary’s Human Rights Council and also is the Judiciary’s deputy for international affairs, said on Thursday that Iran and Iraq signed a joint statement during the second meeting of the Joint Committee formed on the investigation on the assassination case of anti-terror icons Lt. General Qassem Soleimani, and Iraqi Abu Mahdi al-Muhandis.

European Union deputy foreign policy chief Enrique Mora says the parties to the 2015 Iran nuclear deal will convene for a new round of talks on December 27.

Iran national football team is still the best squad in Asia while its world ranking has not changed, according to the latest ranking of the world’s soccer governing body.

The member of Iranian national team, Sardar Azmoun who plays for the Russian club Zenit Saint Petersburg has been voted as the best player of 2021 in Russia.

Sardar Azmoun from Iran, who is the forward of Russia’s giants Zenit St. Petersburg team, won the title of the best football player of the country in 2021 in a poll conducted by the Russian newspaper Sport Express.

Delegations 'likely' to return to Vienna next week