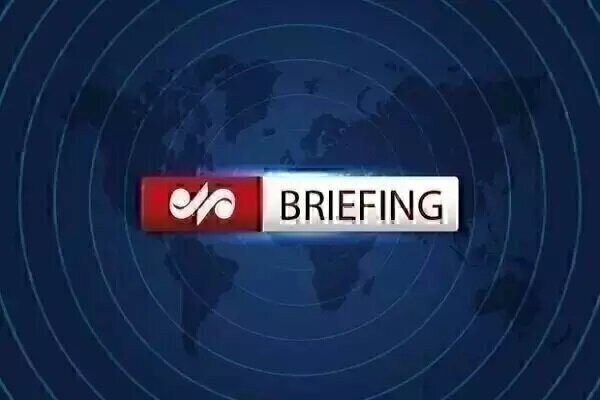 Iranian Foreign Ministry Spokesperson offered condolences to the governments of southeast Asian countries over the loss of lives in the recent typhoon.

Iranian Foreign Ministry spokesman Saeed Khatibzadeh offered condolences to the governments of South-Eastern countries Malaysian and Philippine over the loss of lives of their citizens in the recent Typhoon Rai.

Chief of Islamic Revolutionary Guards Corps (IRGC) Major General Hossein Salami made the remarks on the sideline of the Payambar-e Azam 17 drill, which was underway for the second day on Tuesday.

The commander of the Islamic Revolution Guards Corps (IRGC) Navy said that all the weaponry used in Payambar-e Azam 17 (The Great Prophet ) drill were locally manufactured in Iran.

Rear-Admiral Alireza Tangsiri on the sideline of the Payambar-e Azam 17 (The Great Prophet) drill of the Islamic Revolutionary Guards Corps (IRGC) said Tuesday, “Today, we observed the outcome of the war games and the theoretically worked out plans on the field.”

In a ceremony on Tuesday in the presence of Iran’s Army-Navy Commander Rear Admiral Shahram Irani and Vice-President for Science and Technology Sorena Sattari, the first large Iranian-made diesel marine engine entitled “Makran” and largest marine industry innovation factory in Bushehr in the south of Iran and some other naval achievements were unveiled and inaugurated.

Central Bank of Iran (CBI) released a report on Iran’s economic growth showing that Iran’s economy grew by 3.3% in the first six months of the current Iranian year of 1400.

The CBI data showed that the service sector grew by 5.7% while the industry witnessed a decline of 1.9%.

The Islamabad-Tehran-Istanbul railway project, known as the Eco Container Train (ITI), was resumed today by the container train move from Pakistan to Iran and Turkey.

In a ceremony attended by senior officials of Pakistani railway and the ministry of commerce, the ambassadors of Iran and Turkey, Tajikistan, Kazakhstan, and a representative of the Organization for Economic Cooperation (ECO), Pakistani railways minister  Azam Khan Swati said that the start of the container train move from Pakistan to Iran and Turkey was an old dream of the countries of the region, which has come true again.

Iranian karate practitioners added 6 more bronze medals to Iran’s tally on the fourt day of the 19th edition of the Asian Karate Championships 2021 in Kazakhstan.

The 2021 Asian Karate Championships in all age categories (cadets, juniors, U23 and seniors) in kata and kumite started on Saturday morning in Almaty, Kazakhstan.

The Iranian ambassador to London said that regional security, friendship, and prosperity can be achieved through the cooperation between Tehran and regional countries rather than foreign interventions.

Unfortunately, some Arab countries ignore Iran’s open arms for negotiation, dialogue, and respectful neighborly policy, and issue a statement in London against the great and powerful Iran, the Iranian Ambassador Mohsen Baharvand wrote on his Instagram account in reaction to the anti-Iran statement issued by the foreign ministers of the Persian Gulf Cooperation Council and the British Foreign Minister on Monday.

Iran’s ambassador to Baghdad, Iraj Masjedi, met Tuesday with Nechirvan Barzani, the head of the Iraqi Kurdistan Region to confer on the expansion of Iran-Iraq relations.

Shafaq News reported that Nechirvan Barzani, the head of the Iraqi Kurdistan Regional Government met with Iraj Masjedi, the ambassador of the Islamic Republic of Iran to Iraq in Erbil on Tuesday.

The public relations department of the Iraqi Kurdistan Regional Government said in a statement that during the meeting, Baghdad, Erbil relations with the Islamic Republic of Iran and the development of joint cooperation in various fields were discussed.

Iranian Foreign Minister offered his condolences on the demise of the ambassador of Iran to Sanaa Hasan Irloo, saying that the Iranian diplomat was the defender and voice of the oppressed people of Yemen.

Iranian Foreign Minister issued a message on the demise of the ambassador of the Islamic Republic of Iran to Sanaa, saying that his death caused a lot of pain and grievances.

US Department of State spokesperson said that Washington welcome talks between Saudi Arabia and Iran, hoping that this dialogue will contribute to a de-escalation of tensions between the countries.

“We hope this dialogue will contribute to a de-escalation of tensions. Both countries have a potentially constructive role to play in helping to ensure regional security, but of course, we’d refer you to those respective governments for updates on the situation”, he added.

Pakistan has just played host to the biggest international gathering on Afghanistan in which Iran actively participated and submitted a number of proposals to address the dire situation in neighboring Afghanistan.

On Sunday, the Organization of Islamic Cooperation held an extraordinary session on Afghanistan at the request of Saudi Arabia. The meeting of the OIC Council of foreign ministers was held in Islamabad, Pakistan with the participation of Iran’s Foreign Minister Hossein Amir Abdollahian.

Yemeni officials offered their condolences on the death of Hassan Irloo, the ambassador of the Islamic Republic of Iran to Sanaa.

The Spokesman for the Yemeni Ansarullah Movement Mohammed Abdul Salam condoled the demise of Hassan Irloo to the Iranian government and people.

Yemeni Deputy Foreign Minister has also expressed condolences over the passing of the Iranian envoy to the country to the leaders and people of Iran as well as his family.

From Tehran-Beijing 25-year deal to solution for Syria crisis

From Tehran-Beijing 25-year deal to solution for Syria crisis