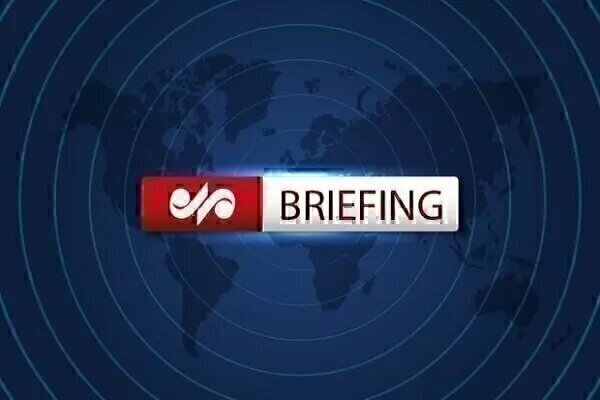 The top Iranian negotiator has held a meeting with the EU coordinator Enrique Mora at the new venue of the Vienna talks in Hotel Coburg on Tuesday to discuss future talks.

Ali Bagheri, Deputy Foreign Affairs and head of the Iranian negotiating team, held a meeting with Enrique Mora, EU coordinator, on Tuesday afternoon in the Coburg Hotel in Vienna.

According to the IRIB correspondent in Vienna, the meeting is said to be aimed at coordinating arrangements for further talks in the coming days.

UAE to send a delegation to Iran soon: high-ranking official

Diplomatic Advisor to UAE President Anwar Gargash has said his country would soon send a delegation to Iran in a bid to improve relations between Tehran and Abu Dhabi.

Diplomatic Advisor to UAE President Anwar Gargash said on Tuesday afternoon that his country will send a delegation to Iran soon, adding that “The sooner, the better.”

“Six Vienna talks draft that are subject to negotiation”

The Iranian top negotiator said the previous rounds of Vienna talks were only a “draft,” adding that “nothing is agreed on unless everything has been agreed on.”

He added that “the drafts are subject to negotiation. Therefore nothing is agreed on unless everything has been agreed upon.”

Foreign Ministry Spokesman Saeed Khatibzadeh expressed his deep grief to Azerbaijan for a helicopter crash that killed 15 people in the neighboring country on Tuesday.

In a statement on Tuesday, the Iranian Foreign Ministry Spokesman Saeed Khatibzadeh expressed his deep grief to the government and people of the Republic of Azerbaijan and also offered his condolences to the families of the victims of the tragic military helicopter crash that killed 15 people.

Iranian Ambassador to Azerbaijan Seyed Abbas Mousavi has said the latest developments revolving around 15 major Iran-Azerbaijan projects were reviewed in a meeting with the Azeri deputy prime minister.

President Ebrahim Raeisi held a bilateral meeting with the President of the Republic of Azerbaijan Ilham Aliyev on the sidelines of the 15th ECO Summit in Ashgabat, Turkmenistan on Sunday afternoon.

In this regard, Iranian Ambassador to Azerbaijan Seyed Abbas Mousavi wrote in a post on his Twitter account, “One day after the fruitful meeting of the Presidents of the Islamic Republic of Iran and the Republic of Azerbaijan, I met with Shahin Mustafayev, First Deputy Prime Minister, to follow up on and implement the agreements reached by the two leaders.”

Russian diplomat at the Vienna talks has said that the US confirms its readiness to lift all sanctions inconsistent with the JCPOA in exchange for the return of Iran to full compliance with the deal.

“The #US confirms its readiness to lift all #sanctions inconsistent with the #JCPOA in exchange for return of #Iran to full compliance with JCPOA,” Russia’s Permanent Representative for Vienna-based International Organizations Mikhail Ulyanov, who heads the Russian delegation at the Vienna talks said in a post on his Twitter account on Tuesday, a day after the opening session of the Vienna talks in Vienna on Monday.

The director of the Iranian Hemangioma Vascular Anomalies Association Dr. Akbar Bigdeli said Iranian and Russian doctors cooperated on the exchange of experience and knowledge on the treatment of Iranian patients.

Bigdeli said that as many as 220 patients have been diagnosed with vascular anomalies in Iran, adding that the disease is congenital and, in some cases, symptoms appear in 2 weeks after birth. Patients’ age ranges from one month to 40 years old.

A 4.5 magnitude earthquake at a depth of 10 km struck Zanjan province in the northwest Iran on Tuesday evening.

A 4.5 magnitude earthquake struck the Zanjan province in northwest Iran a few minutes ago.

Iran’s second specialized exhibition in Syria was opened at Damascus Intl. Exhibition Center on Tuesday in presence of Iran’s Minister of Industry, Syrian Minister of Economy and some traders and investors from two countries.

Many businesspersons who attended the exhibition site praised the high capabilities and potentials of the Islamic Republic of Iran in economic fields and considered it as a big and giant step towards promoting trade and economic cooperation between the two countries.

Iranian Ambassador to Tajikistan Mohammad Taghi Saberi met and exchanged views with the Minister of the Agriculture of Tajikistan Ziyozoda Sulaymon on the implementation of the previously signed MoU on the agricultural coop.

Following his meeting with the Tajik agriculture minister, Mohammad Taghi Saberi wrote on his Instagram that the implementation of the Memorandum of Understanding between the Islamic Republic of Iran and the Republic of Tajikistan in the field of agriculture, which was signed during the official visit of the Iranian president to Tajikistan was discussed with the Tajik side.

A senior Russian diplomat said that the resumption of the Vienna talks is quite successful, and the drafting process in two working groups on sanctions lifting and nuclear issues will be continued with no delay.

Russia’s Permanent Representative to the Vienna-based international organizations Mikhail Ulyanov made remarks about the ongoing Vienna Talks on his Twitter account.

Stating that the Iranian delegation in Vienna talks is determined for the removal of all sanctions imposed against Iran since the start of the policy of maximum pressure by former US President Donald Trump and also some sanctions related to former President Barack Obama, Mikhail Ulyanov said that Russia terms Iran’s demands in Vienna talks ‘logical’.

The Islamic Republic of Iran became a member of the Executive Council of the Organization for the Prohibition of Chemical Weapons (OPCW) for a period of 2 years.

Iran became a member of the Executive Council of the Organization for the Prohibition of Chemical Weapons at the 26th session of the Conference of the States Parties to the Chemical Weapons Convention in The Hague on Monday.

Iran’s permanent Ambassador to the United Nations criticized US continuous support for the Israel regime, including its condoning of the regime’s dangerous nuclear weapon program.