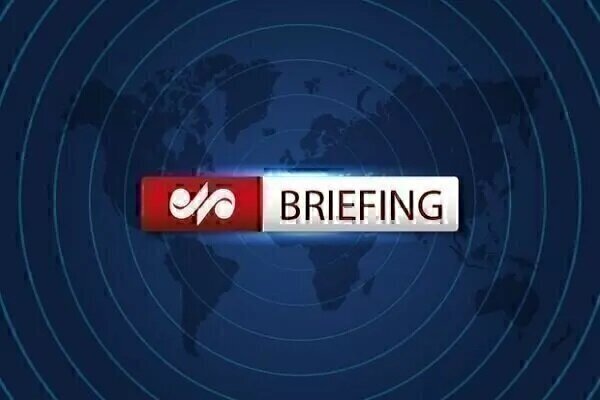 Western diplomats on Tuesday have told Wall Street Journal(WSJ) that Islamic Republic of Iran has resumed production of advanced centrifuge equipment at its Karaj nuclear facility.

Quoting Western sources as saying, the newspaper claimed that the new move will pose a new challenge to the administration of US President Joe Biden who is seeking talks with JCPOA parties to return to 2015 nuclear deal or the JCPOA.

Foreign Ministry spokesman Saeed Khatibzadeh expressed concern over the new escalation of the war on the border between Armenia and Azerbaijan, and called on the two countries to exercise restraint.

Foreign Ministry spokesman Saeed Khatibzadeh stressed the need for the two countries to respect internationally recognized borders and called on them to resolve their differences through dialogue and peaceful means.

Iran football team defeated Syria 3-0 in Group A of the 2022 FIFA World Cup qualification on Tuesday at the King Abdullah II Stadium in Amman, Jordan.

Ehsan Haji Safi made it 2-0 from the penalty spot in the 42nd minute.

With one minute remaining, Ali Gholizadeh found the back of the net after dribbling past several Syrian defenders into the penalty area.

We have maintained consistently excellent relations with Iran

“We have maintained consistently excellent relations with Iran despite different pressures,” according to Foreign Minister Shah Mahmood Qureshi on Tuesday.

Pakistani foreign minister made the remarks in his address at an event held at National Defence University (NDU) in Islamabad on Tuesday, according to the Dispatch News Desk (DND) website.

“We have broadened and deepened the scope of our traditional partnerships with Bahrain, Iran, Malaysia, Qatar, Saudi Arabia, Turkey and UAE among others,” Qureshi said.

According to a statement released by the Taliban, Hassan Kazemi Qomi and Mullah Abdul Ghani Baradar agreed to “expand relations between the two countries and establish joint cooperation committees in various fields.”

The Secretary of the Security Council briefed the Iranian Ambassador on the situation on the shared Armenian-Azerbaijani border, the Armenia Radio website said on Tuesday.

The two sides also discussed regional security and peace, and the unblocking of infrastructure.

Emphasizing the need to lift all sanctions against the Iranian people, President Ebrahim Raeisi said that his administration is serious in nuclear talks for lifting all sanctions.

Ebrahim Raeisi made the remarks in a phone conversation with Russian President Vladimir Putin on Tuesday.

Referring to the intention of the Islamic Republic of Iran to develop trade and economic relations with Russia, the Iranian President said, “We are ready to finalize the comprehensive document of long-term cooperation between the two countries so that the process of further enhancing relations and cooperation between Iran and Russia can be implemented quickly.”

Iranian Minister of Oil said that unilateral US sanctions imposed against Iran are in contradiction with the international law and regulations.

Speaking at 23rd Gas Exporting Countries Forum (GECF) on Tuesday, Javad Owji, the Iranian Minister of Oil said that unilateral US sanctions imposed against Islamic Republic of Iran are in conflict with the international law and regulations, adding that this attitude cannot ensure international peace and security including effectively addressing the issue of climate change, investment and technology transfer in energy field especially natural gas.

The Director of Ports and Maritime Affairs of Shahid Bahonar and East of Hormozgan said that export of oil products in eastern ports of Hormozgan province registered a 203% hike from Mar. 21 to Nov. 6, 2021.

In the same period, cabotage also registered a 44 percent growth.

Hamid Reza Mohammad Hosseini Takhti Director of Ports and Maritime Affairs of Shahid Bahonar and East of Hormozgan expounded on the activities of Hormozgan’s east ports in the field of exporting oil products and stated that more than 294,000 tons of oil products was exported from eastern port of this southern province to the Persian Gulf littoral states from March 21 to Nov 6, 2021, showing a 203 percent growth as compared to the same period of last year.

The 6th edition of Iran’s International Renewable Energy Conference and Exhibition (Iran REC 2021) will be held on Nov. 20-21 in Tehran.

The international conference and exhibition will be held with the aim of examining the challenges facing the development of renewable energies in Iran and providing solutions to improve the business environment in this area during the coronavirus pandemic and amid sanctions.

Condemning the terrorist attack in Burkina Faso, the Iranian Foreign Ministry Spokesman in a message expressed his sympathy with the people and government of Burkina Faso over the death of nationals of this country.

In a statement on Tuesday, Saeed Khatibzadeh condemned a Sunday terrorist attack in Burkina Faso that has killed at least 20 people.

At the beginning of the meeting, Kazemi Qom said that Iran and Afghanistan enjoy a strong historical relation, and the Islamic Republic of Iran will always stand by the Afghan people.

Iranian President Ebrahim Raeisi said that having active diplomacy and holding relations with neighbors are priorities of the Iranian government.

Speaking on Tuesday during a parliament session held to review the qualifications of the proposed Minister of Education, the Iranian President pointed to the measures taken in the field of widespread vaccination and facilitating public access to medicine and COVID-19 treatment after taking office.

2 missiles fired by Israeli regime towards south of Damascus