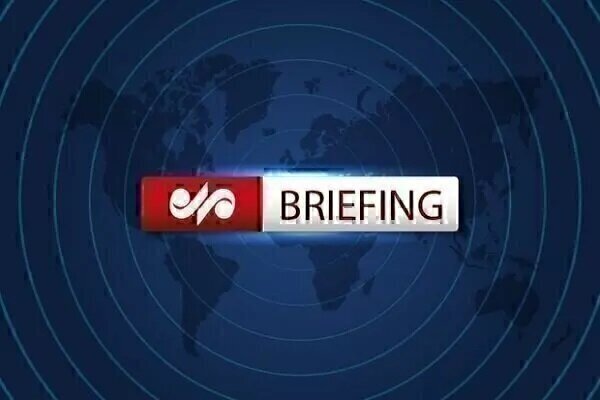 Iranian President Ebrahim Raeisi has said the close relations between Iran and Turkey will benefit peace and stability in the region, adding that the two nations need to finalize their roadmap to enhance their ties.

Iranian President Ebrahim Raeisi made the comments in a meeting with the visiting Turkish Foreign Minister Mevlüt Çavuşoğlu on Monday.

The President called the close relations between the two neighbors in the interest of peace and stability in the region, saying, &#8220;Regional cooperation between the two countries should be transformed into international cooperation, and this kind of interaction can be effective in global equations, given the important position of both countries.&#8221;

Iran sees no ceiling for enhancing ties with Turkey

Iranian Foreign Minister Hossein Amir-Abdollahian said that Islamic Republic of Iran sees no ceiling for the elevation of ties with neighboring Turkey.

In a tweet on Monday after meeting with his Turkish counterpart Mevlüt Çavuşoğlu in Tehran on Monday, Hossein Amir-Abdollahian Foreign Minister of the Islamic Republic of Iran wrote, “Delighted to host my brother @MevlutCavusoglu in Tehran. In friendly and sincere meeting, we agreed to work on long-term roadmap to further expand our bilateral ties.”

The strongest aftershock after yesterday&#8217;s earthquakes in Hormozgan province occurred earlier on Monday measuring 5 on the scale of Richter.

The strongest aftershock was recorded at 17: 06 Tehran local time at a depth of 13 km.

Stating that Iran and Turkey agreed to draw a roadmap for long-term cooperation, the Iranian Foreign Minister Amir-Abdollahian said that it will be finalized in the future visit of the Turkish President Erdogan to Tehran.

Hossein Amir-Abdollahian made the remarks in his joint press conference with Turkish Foreign Minister Mevlüt Çavuşoğlu on Monday.

Secretary of Iranian Judiciary&#8217;s Human Rights Council said that the first session of the joint investigation committee to identify the culprits involved in Lt. Gen. Soleimani&#8217;s assassination will be held in late Nov. in Iraq.

Kazem Gharibabadi made the announcement on Monday, saying that the joint committee on the investigation of the assassinations of former Iran&#8217;s IRGC Quds Force Commander Lt. Gen. Qassem Soleimani and Iraq&#8217;s Second-in-Command of Popular Mobilization Unit (PMU) Abu Mahdi al-Muhandis, will hold the first session on November 24-25 in Iraq.

Speaking in an interview with correspondents upon his arrival to Afghanistan’s capital Kabul on Monday, Hassan Kazemi Qomi, Iran’s Special Envoy for Afghanistan Affairs said that the United States is striving to support the ISIL terrorist group after its [US] failure in Afghanistan.

National Iranian men&#8217;s football team known as the Team Melli will take on Syria on Tuesday at King Abdullah II on Matchday Six of the AFC Asian Qualifiers.

The national Iranian men&#8217;s football team or Team Melli, as they are called in Iran, beat the national team of Lebanon in the qualifiers last Thursday. Now Team Melli will aim to cement their position in the summer when they take on bottom-placed side Syria at King Abdullah II on Matchday Six of the AFC Asian Qualifiers – Road to Qatar on Tuesday, a report by the Asian Football Confederation (AFC) said in a report on tomorrow&#8217;s match.

An official with the Iranian Center for the Development of Documentary and Experimental Cinema said that workshops, seminars and master classes of the 15th edition of the Cinéma Vérité will be announced in the coming days.

The director of research and development of the Center for the Development of Documentary and Experimental Cinema said the call of workshop seminars and master classes of the 15th edition of the Cinéma Vérité festival will be announced in the coming days.

The Ministry of Foreign Affairs of Azerbaijan on Monday offered condolences to Iran over Sunday&#8217;s 6.4 magnitude earthquake in Hormozgan province.

The Ministry of Foreign Affairs of Azerbaijan published a message of condolences on Twitter over the 6.4 magnitude earthquake that shook the southern provinces of Iran yesterday afternoon.

Prior to the meeting with President Ebrahim Raeisi on Monday afternoon, the visiting Turkish Foreign Minister Mevlüt Çavuşoğlu held a meeting with his Iranian counterpart Hossein Amir-Abdollahian in the morning.

Iconic Azadi Tower in Tehran was covered in blue color by laser light show in commemoration of World Diabetes Day on November 14.

The slogan that was chosen for this day was “Tehran, The Capital of Diabetes Change” by the Roudaki Foundation that organized the event.

According to the latest statistical report of the Iranian Steel Producers Association (ISPA), 4,057,000 tons of intermediate solid form of molten steel were exported from the country from March 21 to Oct. 22, registering a 27 percent growth as compared to the last year’s corresponding period, Iranian Mines and Mining Industries Development and Renovation Organization (IMIDRO) reported.

Welcomed by Hossein Amir-Abdollahian, the Turkish Foreign Minister held talks with his Iranian counterpart at the building of the Iranian Foreign Ministry.

This is Çavuşoğlu&#8217;s first visit to Tehran after Amir-Abdollahian was appointed as Iran&#8217;s foreign minister.

Iran envoy to hold talks with Taliban on latest developments

Iranian President&#8217;s special envoy for Afghanistan Hassan Kazemi Qomi will travel to Kabul on Monday to discuss the latest developments in Afghanistan with the senior Taliban officials.

Embassy of Iran in Kabul in its Twitter account on Sunday night announced that Iranian President&#8217;s special envoy for Afghanistan Hassan Kazemi Qomi is scheduled to travel to Kabul on Monday to discuss with the senior Taliban officials various issues including regional developments, refugees, humanitarian aid, the formation of an inclusive government, and especially economic issues in the country.

Trump, Pompeo must be tried for Gen. Soleimani assassination