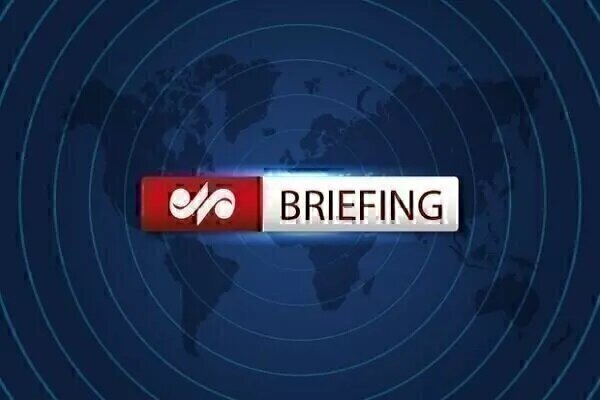 President Ebrahim Raeisi has ordered all the relevant apparatuses and ministries to help the people in quake-hit areas in Hormozgan province, where a powerful struck earlier on Sunday.

Iranian President Ayatollah Seyyed Ebrahim Raeisi, in a cabinet meeting and after being informed of the powerful earthquake in some southern provinces of the country, asked all the responsible bodies of Hormozgan province, as well as the neighboring provinces and the relevant ministries, to deal with the situation as soon as possible with prioritizing rescue and relief efforts to the people of the area.

Two strong earthquakes measuring 6.3 and 6.4 struck the southern Iranian province of Hormozgan near the port city of Bandar Abbas on Sunday.

According to Iran’s Seismological Center affiliated with the Institute of Geophysics of Tehran University, the first earthquake occurred at 15:36 p.m. local time on Sunday at a depth of 18 kilometers.

Russia will proceed military-technical cooperation with Iran, strictly abiding by international law and the legislation of both nations, the director-general of Russian state arms exporter Rosoboronexport said.

“Regarding the prospects of military-technical cooperation with Iran, it is vital to answer that under any circumstances, cooperation will be maintained given strict abidance by active legal norms of both countries, international commitments of the parties, and norms of international law,” Mikheev told reporters at the Dubai Airshow 2021 exhibition in the United Arab Emirates, Sputnik reported.

An Iranian water sources management specialist has warned the Turkish Ilisu Dam can endanger water resources in both Iran and Iraq, urging the need for an international agreement to have fair access to regional waters.

Jamal Mohammad Vali Samani, head of Water Studies Department at the Iranian Parliament Research Center (IPRC) said the newly inaugurated Turkey’s Ilisu Dam which is the second biggest dam in Turkey after the Atatürk dam, can significantly reduce the water that flows in the Euphrates river.

Samani added that with the Ilisu dam coming on stream, the Turkish government will control the bulk of the water in the region and can use that control as leverage at the time of water scarcity or drought against other countries.

The dean of the Faculty of Social Sciences of the Eurasian University of Kazakhstan met and held talks with Iran’s cultural attaché to stress the readiness of her country to develop mutual cooperation with Iran.

According to the public relations department of the Islamic Culture and Communication Organization, the Iranian General Consulate’s Cultural Attaché in Kazakhstan Ali Akbar Talebi Matin, met and held talks with the dean of the Faculty of Social Sciences at Eurasian National University.

The dean of the Faculty of Social Sciences at Eurasian National University pointed to the long-lasting relations and similarities between the two countries, saying that the Kazakh university has constantly had close and fruitful relations with the Iranian cultural attaché.

Afghan businessmen import $1 billion worth of goods from Iran

The deputy head of Afghanistan’s Chamber of Commerce and Investment has said that Afghan merchants have imported more than $1 billion worth of goods from Iran since the beginning of the year.

The deputy head of Afghanistan’s Chamber of Commerce and Investment “Younis Momand” said that Afghan merchants have imported more than $1 billion worth of goods from Iran since the beginning of the year, while they exported $8 million worth of goods to Iran in the same period.

Spokesman for the Iranian Parliament’s National Security and Foreign Policy Commission announced the review of the latest developments related to Iran-Saudi Arabia talks in a meeting at the parliament.

Mahmoud Abbaszadeh Meshkini Spokesman for the Parliament’s National Security and Foreign Policy Commission said that in a Sunday meeting of the Commission depuity foreign minister and other relevant officials presented a report on Iran’s diplomatic relations with neighbors especially Saudi Arabia.

Tochal Ski Resort has temporarily re-opened after enough snowfall in the mountainous area in the north of the Iranian capital of Tehran.

The chairman of the Tehran Skiing Association Morteza Saveh Shemshaki said Sunday that the Tochal skiing resort has been re-opened since Wednesday temporarily.

In a cabinet meeting on Sunday chaired by President Edbarim Raeisi, Ali Bahadori Jahromi was appointed as the spokesman of the 13th adminstration.

The Iranian council of ministers or the cabinet held a meeting on Sunday chaired by President Edbarim Raeisi, it was decided that Ali Bahadori Jahromi to be in charge of the public relations of the administration and the spokesman.

According to some reports, the Turkish Foreign Minister Mevlüt Çavuşoğlu will meet with his Iranian counterpart, Hossein Amir-Abdollahian, on Monday in Tehran.

According to Fars News Agency correspondent, Mevlüt Çavuşoğlu will travel to Tehran on Monday and meet with Iranian Foreign Minister Hossein Amir-Abdollahian.

Minister of Economic Affairs and Finance (MEAF) in his meeting with Tajik ambassador to Iran Nizamuddin Zahedi emphasized that preliminary ground must be provided for enhancing bilateral economic trade level to €500 million.

During the meeting, the two sides explored avenues for enhancing bilateral relations especially after the historic visit of Iranian President Seyyed Ebrahim Raeisi to Tajikistan as his first foreign tour.