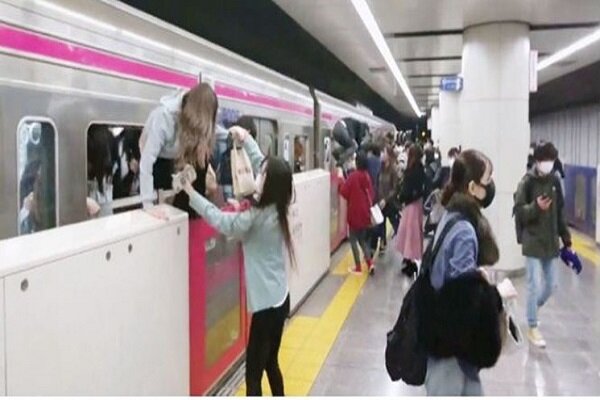 The man, who reportedly set fire to the train care, was later taken into custody by police, the Japan Times reported.

It was unclear how many injuries were caused by the stabbing, the fire or due to passengers rushing to flee.

The incident, which was reported at about 8 p.m., occurred on a train running near Kokuryo Station in the city of Chofu in Tokyo, NHK reported.

According to investigators, the man, who is believed to be in his 20s, has been placed under arrest on suspicion of attempted murder.

At least one of the injured people is in critical condition, according to the reports.

According to the Tokyo Fire Department, the man is believed to have sprayed hydrochloric acid inside the first and second cars of the train and set them on fire, the Yomiuri Shimbun said.